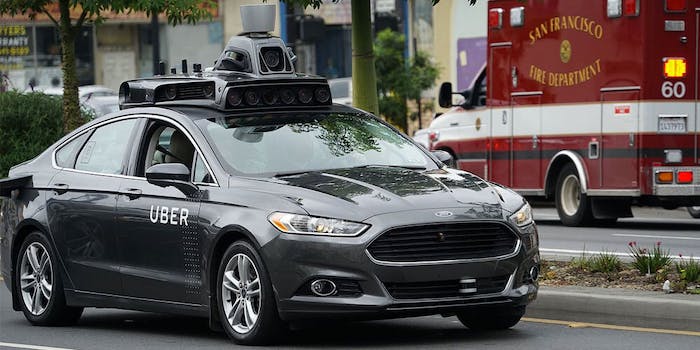 An investigation found safety issues with Uber's software following the death of a pedestrian.

Uber’s self-driving cars were never programmed to detect pedestrians outside of crosswalks.

The discovery was made as part of a federal investigation into the death of an Arizona woman who was struck by a self-driving Uber SUV in 2018.

Documents released Tuesday by the National Transportation Safety Board (NTSB) state that Uber’s self-driving Volvo, which had a company employee behind the wheel at the time, failed to automatically slow down when the woman ran into the road because its software was unfamiliar with the concept of jaywalking.

The finding is just one of many from the independent government safety panel, which plans to release the entirety of its report in two weeks.

The investigation also found that Uber’s engineering team disabled Volvo’s built-in braking system, which the automaker says could have significantly reduced the vehicle’s speed prior to the accident. Though experts argue that the decision was made to reduce potential issues that could arise from two competing braking systems, as noted by WIRED.

It also turns out that the self-driving Uber did, in fact, detect the woman in the road 5.6 seconds before the accident. But given the issues with Uber’s software, the SUV couldn’t decide whether the pedestrian was a vehicle, bicycle, or “other” in the vital seconds prior to the collision.

Another issue in the report surrounds Uber’s decision to create a one-second delay for its crash detection system in order to cut down on the possibility of false alarms. That decision led the vehicle to hesitate just 1.2 seconds before the crash, which resulted in the woman being hit at 43.5 mph.

Uber says it has made major changes to the safety features in its autonomous vehicle software since the crash took place.

Despite the accident, the ride-hailing service is still testing its self-driving cars in Pittsburgh and plans to begin a similar testing project in Dallas in late November.

Investigators with the NTSB are set to meet with lawmakers in D.C. on Nov. 19 to discuss the report and offer recommendations on how self-driving vehicles should be regulated.