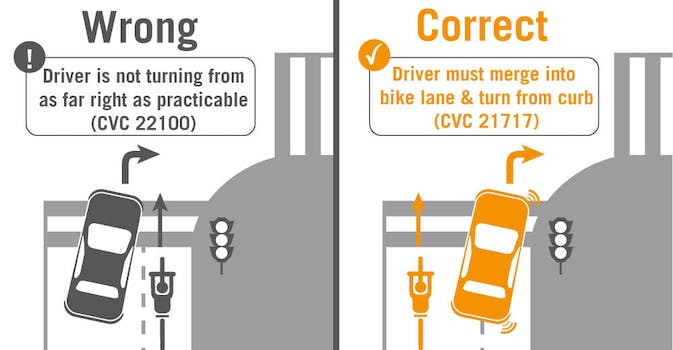 Uber has a new problem: People on bikes who’d like to keep living.

An Uber spokeswoman admitted to the Guardian on Monday that its self-driving cars have a problem with the way they handle bike lanes.

Uber’s self-driving cars haven’t launched without their share of controversy. California regulators have demanded the ride-hailing giant pull the cars off the road until it can get permits. This after one ran a red light. Uber rejected those demands, saying that fighting the government on the issue was a “matter of principle.”

The bike issue would be big in any city, but in San Francisco where it is estimated 82,000 bike trips are made every day, it’s a potential deal-breaker.

The San Francisco Bicycle Coalition released a statement detailing a dangerous experience with a self-driving car, warning bikers to be cautious of the autonomous driving machines.

In the ride I took through the streets of SoMa on Monday, the autonomous vehicle in “self-driving” mode as well as the one in front of it took an unsafe right-hook-style turn through a bike lane. Twice. This kind of turn is one featured in a 2013 blog post that is known to be one of the primary causes of collisions between cars and people who bike resulting in serious injury or fatality.

Uber has instructed the car’s safety drivers to take control of the vehicles when they approach right turns on streets with bike lanes. Uber has not, however, taken its cars off the road as requested by the state of California.