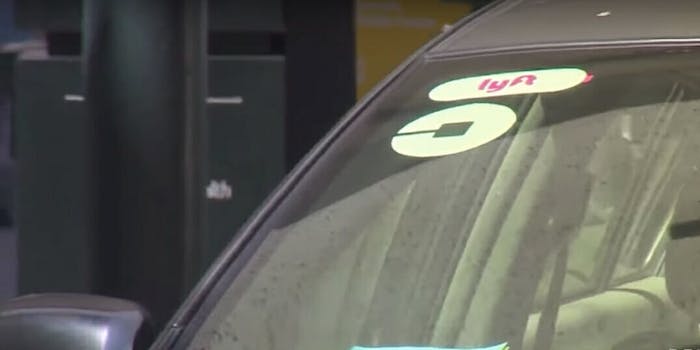 Uber, Lyft on the offensive after NYC’s minimum wage mandate

Christmas came early for New York-based drivers of ride-hailing companies like Uber, Lyft, Via, and Juno: New York City on Tuesday became the first U.S. city to set a minimum wage for drivers of for-hire vehicles, Business Insider reports. Although their increased wage per trip of $27.86 per hour (or $17.22 after expenses) won’t happen until mid-January, 96 percent of NYC’s ride-hailing workers will be getting the equivalent of a $10,000 annual raise, as set by the city’s Taxi and Limousine Commission (TLC).

It’s great news for drivers not just in NYC but in other cities that may soon follow suit. However, that could mean change for riders everywhere, as representatives for Uber and Lyft have been quick to point out.

For one, riders will be forced to shoulder the added expense through “higher than necessary costs for riders,” Fortune quotes Uber’s statement. Yet they may need to wait longer to get a ride. “According to a report published in July by James Parrott and Michael Reich for the TLC, the new wage requirements will create an incentive for companies to increase the number of trips that each driver takes per hour. If they do, this would lead to longer waiting times,” writes Bloomberg.

Those who live outside Manhattan might find it even harder to get rides because of this ruling, the ride-hailing industry says. Fortune adds that Uber’s public affairs director, Jason Post, stated “that the TLC rules ignore incentives and bonuses that keep a supply of drivers in less-served areas of the city.”

Lyft has likewise expressed its concern “that calculating pay per ride rather than per week will incentivize short rides over long rides,” according to Engadget, and that “the new out-of-town rates—which require companies to pay drivers more when they take passengers outside of the city and return without a passenger—will be hard to implement before the new regulations take effect in 30 days.”

Besides benefitting drivers who have reportedly seen a decrease in earnings over the past couple of years, as Business Insider mentions, this move is supposed to help alleviate the city’s traffic situation. Uber begs to disagree. As Post points out in the statement published by Engadget, “the rules miss an opportunity to immediately deal with congestion in Manhattan’s central business district.” He cites the same TLC study by Parrott and Reich that “describes a formula that would financially punish companies who have low utilization rates. Instead, the TLC is choosing the adopt an industry-wide utilization rate that does not hold bases accountable for keeping cars full with paying passengers.”

Will the higher wage floor insulate drivers from a potential decrease in usage volume—or will they also be the first to feel the negative effect, as Uber suggests?

It’s likely that drivers (and riders) in other U.S. cities—and perhaps in other parts of the globe where ride-hailing apps are widely used—are waiting with bated breath. Until then, watch this space for how this unfolds.