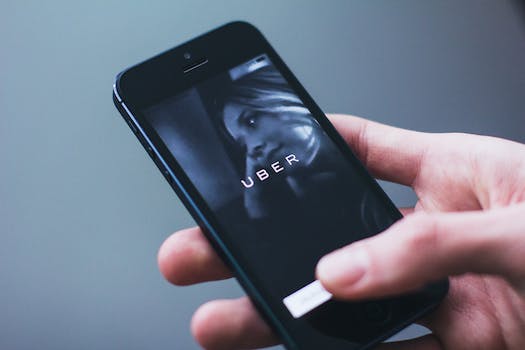 'This is cast as all of the negatives that are going to happen if you vote in favor of the ordinance.'

Austin faced another roadblock while preparing for the city-wide ballot vote on regulating transportation network companies (TNCs) such as Uber and Lyft.

On Wednesday, Austin city council met to approve the ballot language to be presented to voters when the ballot goes to polls on May 7. During the meeting, council members debated whether the language proposed for the ballot was too negative and polarizing for voters, or provided enough distinction between the two ordinances mentioned on the ballot.

In less than three months, the ballot will ask Austinites to vote “yes” or “no” to replace a TNC-regulating ordinance passed in December with a citizen’s petition ordinance that allows TNCs such as Uber and Lyft to operate in town without conducting fingerprint-based background checks.

The language in question, from a proposed motion by council member Ann Kitchen, told voters that if passed, the citizen’s petition ordinance would “repeal and prohibit required fingerprinting, repeal the requirement to identify the vehicle with a distinctive emblem, repeal the prohibition against loading and unloading passengers in a travel lane, and require other regulations for Transportation Network Companies.” The ballot’s negative phrasing did not sit well with Austin city council members Don Zimmerman and Ellen Troxclair.

“This is cast as all of the negatives that are going to happen if you vote in favor of the ordinance,” Zimmerman said at Wednesday’s meeting. “I disagree with the way this is couched because it’s written to say you are going to lose this, lose this, lose this. You gain nothing… I think that it is abundantly clear that this ballot language supports the city council’s majority opinion that you should vote down the ordinance.”

Zimmerman also took issue with the ballot language for not addressing the new ordinance’s requirement that TNCs pay Austin a fee of 1 percent of their annual local revenue. He claimed that while a different ordinance in 2014 was passed for Austin to collect a fee from TNCs, the city hasn’t been doing so.

He added that because striking the December ordinance would also eliminate the established 1 percent fee, the ballot needed to reflect that the fee would be enforced through the new ordinance.

Zimmerman proposed an amendment to the ballot language that stated the new ordinance “requires the TNCs to pay 1 percent of their gross revenues, imposes safety regulations and provides a penalty for violations.” All but one member of the city council disagreed with the amendment, and it was rejected by council majority—council member Leslie Pool even said Zimmerman was “unnecessarily complicating” the meeting, and asserted that the fee was never a point of contention to begin with.

“I think [the original ballot language] is a clear attempt to try and sway voters, the way that this is framed,” council member Ellen Troxclair said at Wednesday’s meeting.

Kitchen defended some of the language, saying it was taken directly from the citizen’s petition ordinance. At the end of the meeting, council majority voted to use the ballot’s original language.

Early voting for the ordinance begins in late April. According to the Austin Monitor, Ridesharing Works for Austin, the PAC funded by Uber and Lyft that collected over 65,000 signatures for the citizen’s petition ordinance, has certified more than 20 people to register voters.