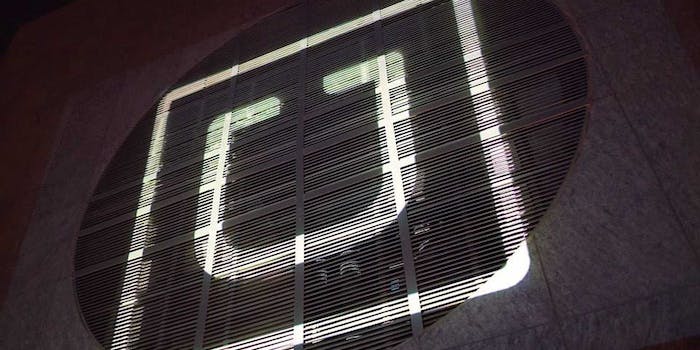 Now that should help your reputation!

Uber hasn’t been the most popular company lately. The car rental service has seen claims of sexual assault and attacks. One driver was charged with two counts of assault for beating a passenger with a hammer.

Now, they can add “social media” to their list of problems, after a driver was temporarily booted from the company for posting a tweet they didn’t like.

NewsCastic cofounder Christopher Ortiz spent a couple of months as an Uber driver in New Mexico earlier this year. He told the Daily Dot that he had an overall “positive experience” working for Uber, although he did have to fight them once for reimbursement after a drunk passenger smashed his car mirrors. Uber ultimately paid for repairs.

By the time October came around, Ortiz wanted to pick up some more hours to pay for a camera. But, when he asked for his account to be updated, Uber kicked him out for sharing a negative article about the company back in August.

Ortiz said this isn’t the first time he’s heard of Uber penalizing drivers for their social media use. He said a friend hosted a parody Twitter account that made fun of Uber. The company found out the friend was linked to the parody account and gave him a “slap on the wrist.”

“Uber is monitoring drivers’ social media accounts,” Ortiz said. “If a driver pops out of line, they can get black-balled from the service.”

Uber is facing growing criticism over how they treat their drivers, who are technically independent contractors and not employees. While it does provide certain advantages for drivers not wanting to go through unions or other similar outlets, it also means they’re not protected.

According to Business Week, the National Labor Rights Act protects employees from taking action to improve their working conditions, and recent cases have included social media as a form of action. However, the NLRA typically protects employees, not independent contractors.

Contracts can be cancelled at any time, and drivers can be booted simply for having bad ratings. That’s why they’ve been seeing drivers begging customers for positive ratings, even if the service is inadequate.

Still, Uber’s policies on social media are vague. The Terms and Conditions don’t mention drivers’ social media use. The Daily Dot reached out to Uber for a comment on its social media policy, but did not get a reply.

They did release an earlier statement to other media outlets saying removing Ortiz was a mistake from the local office and that were sorry. Ortiz said he was never contacted with an apology.

I’ve suddenly been approved as a driver. pic.twitter.com/aP77oSlLuH

Uber has since reinstated Ortiz as a driver, but Ortiz told the Daily Dot that he’s unsure whether he wants to keep working for the company. He also thought it was amusing that he was kicked out of Uber for tweeting an article he didn’t even write.

“They really didn’t even take into context the tweet they were mentioning,” Ortiz said.