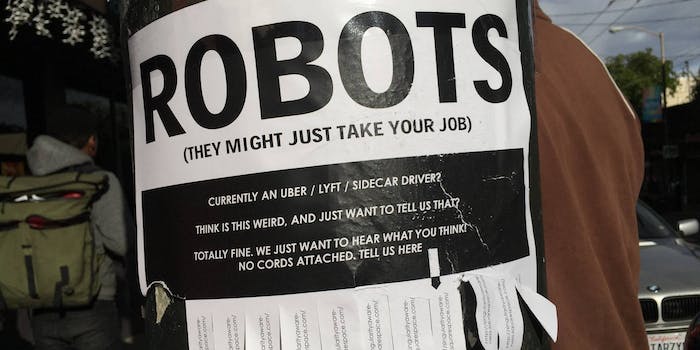 It's almost thoughtful of them.

Being an Uber driver doesn’t come with much job security, but the ride-sharing company is launching a new financial planning service that will help drivers retire once autonomous vehicles inevitably put them out of work.

The plan comes in partnership with Betterment, an online investment adviser, and will be offered free of fees to drivers in Boston, Chicago, New Jersey, and Seattle. Uber said in a press release it plans to roll out the service nationwide through its Driver Rewards program.

Drivers who want to partake in the program can open a Betterment Individual Retirement Arrangement (IRA) or Roth IRA through the Uber app with the help of advisers provided by Betterment. 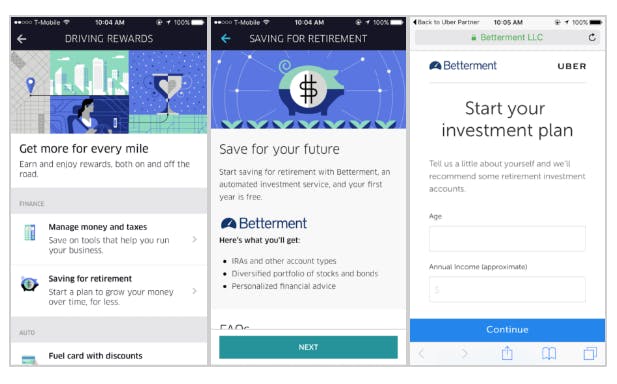 The accounts are free for the first year and have no minimum account balance, which is good since drivers already have to surrender up to 30 percent of each fare to Uber.

It’s no secret that Uber eventually plans to turn its ride-sharing service into a fleet of autonomous, on-demand vehicles that don’t require a person behind the wheel.

Uber CEO Travis Kalanick has previously suggested the transition from human drivers to robotic ones would take decades, but his company has already started testing the waters on making the change. This month, Uber rolled out a fleet of 100 self-driving Volvo XC90s in Pittsburgh.

Those SUVs in the Steel City will be monitored by a trained driver and an engineer for the time being, but it’s one step closer to taking people out of the equation when it comes to the roads. Kalanick has indicated he expects Uber to be driverless by 2030.

That doesn’t leave much time for Uber drivers—some of whom are making less than minimum wage and have been subject to potentially predatory loan schemes that trap them into driving more—to save up. Especially since they aren’t considered employees and won’t benefit from any sort of employer-matching contributions to their retirement funds.

But some savings are better than none at all; 31 percent of non-retired adults reported to the Federal Reserve that they have no retirement savings. Uber drivers may be forced into an early retirement by robots, but at least they might have a couple bucks stashed away to show for it.