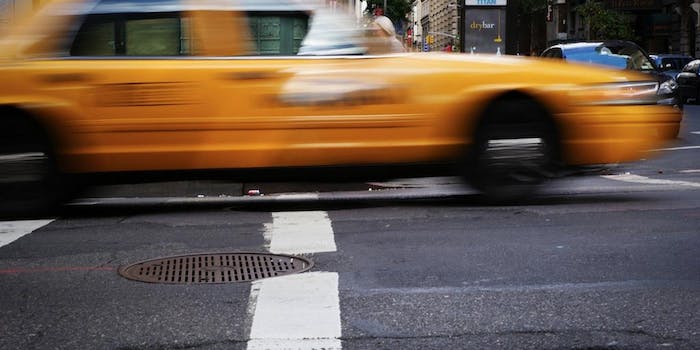 Uber gets an F from the Better Business Bureau

That whole dynamic pricing thing didn't go over too well.

The Better Business Bureau just weighed in on Uber and the app-powered car service didn’t come out looking so hot. In a formal rating issued this week, the BBB consumer advocacy group gave Uber an F, the lowest score the organization gives out. According to a report in the New York Times, Uber flunked after accruing more than 90 complaints from users over the last three years, mostly in regard to the company’s controversial “dynamic pricing” (surge pricing) tactics.

@Uber you guys are a fucking rip off on NYE. For a 25 min drive it cost one of us nearly $400. Never again. pic.twitter.com/kx4zocxbru

Surge pricing kicks in when Uber’s fleet of cars is in unusually high demand and it can multiply a cab fare to ten times its normal price. Horror stories of accidental surge pricing rides abound, and are reflected on the BBB’s ratings summary for Uber:

“Consumer complaints allege misunderstanding Uber Technologies’ pricing, being misinformed about the overall cost of the services rendered, and not being made aware of ‘surge pricing,’ or temporary increases in the company’s charges. Some consumers claim that they were told the final cost of the transportation service the company provided (through Uber Technologies’ phone app, the driver, and the consumer’s receipt), only to be subsequently charged a substantially larger amount.”

Uber competitor Lyft didn’t fare any better, also scoring an F, though its five total BBB complaints do look pretty good next to Uber’s 90. Uber has since stepped back from its aggressive surge pricing policy, though the company’s safety woes continue to bubble up through unsavory horror stories. For what it’s worth, Uber seems well aware of its sketchy reputation—its Twitter account reveals a flurry of realtime customer service responses as the company expands its damage control efforts.

@Eilidh_Greig Oh, no! That doesn’t sound very Uber. Please send us a note at at https://t.co/gHSVdcHmal and we’ll look into it for you. ^LP