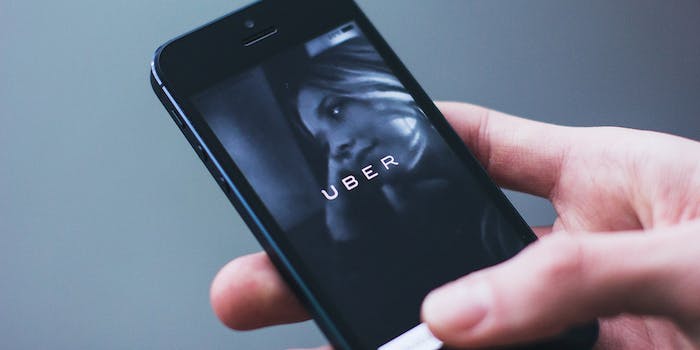 Uber Ubered people to get Uber users to vote for Uber.

One transportation network company is pulling out all the stops to get Austin, Texas, voters to the polls on May 7.

On Thursday and Friday, Uber launched UberREGISTER, which allows users in Travis County, the county encompassing Austin and surrounding suburbs, to request deputy registrars on demand who could register them to vote.

Between 11am and 2pm on those two days, Austinites could open the Uber app, request UberREGISTER, and have 20 minutes with the deputy registrar. Travis County residents outside of the Central Austin service area could fill out a form to schedule an appointment with a registrar.

The registrations are leading up to the May vote in which Austinites will decide the fate of a citizen’s petition ordinance that allows Uber, Lyft, Get Me, and other TNCs to operate in the city without being fingerprinted for background checks.

April 7 is the last day Travis County residents can register in order to vote for the ordinance. Uber did not respond to questions regarding the success of the program, or the possibility of the program recurring in Austin prior to and during the vote.

UberREGISTER appears to be another way for TNCs to mobilize and encourage voters to turnout in May. As a longer-term plan for outreach, Uber, along with other TNCs and Austin transportation groups, is helping fund Ridesharing Works for Austin, a political action group advocating for TNCs.

In February, Ridesharing Works gathered more than 65,000 signatures for the citizen’s petition ordinance. Almost two weeks later, the ordinance was rejected by Austin city council, thereby putting it up for vote in May.

On another front, Austin Mayor Steve Adler introduced “Thumbs Up!” in January, a third-party certification that allows TNC drivers to opt into fingerprinting on a voluntary, individual basis. (Disclosure: Daily Dot co-founder Josh Jones-Dilworth is working with the mayor’s office on Thumbs Up!)

Other incentives to help promote the certification could be provided for drivers who opt into the program, such as reserving convenient passenger loading zones for big Austin events such as the annual South by Southwest Conference. Austin city council approved the program in January.

While Uber initially rejected the badge program, according to the Austin Monitor, Uber and Lyft appeared to agree the badge program didn’t stand in the way of the citizen’s petition ordinance. This agreement was covered in a memorandum of understanding between the two companies created by Adler.

According to the Thumbs Up! website, the certification program is in the process of officially forming as a nonprofit or B-Corp, a for-profit company certified by nonprofit B Lab to meet certain performance, accountability, and transparency standards, and of delivering a timeline for rollout.

Lyft, Mayor Adler’s office, and Thumps Up! did not respond to requests for comment.