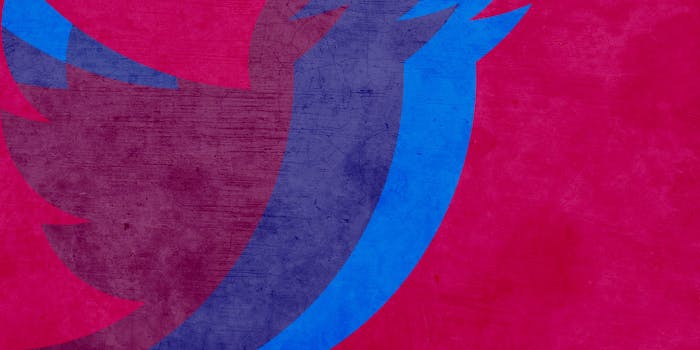 You're probably not popular enough for Twitter's new app.

Twitter wants to make it easier for popular people to use its services, and on Tuesday the company introduced Engage, a new app that might change the way “creators” and “influencers” use the platform.

Buzzwords aside, Twitter’s efforts are trying to appeal to people who have a large following and want to spend less time reading, and more time tweeting and figuring out just how far their reach is.

The new features completely modify the Twitter experience for people who are popular enough to benefit from eliminating the timeline, viewing mentions exclusively from verified accounts, new “influential” followers, and seeing analytics breakdowns for each tweet.

Mentions, in the Engage interface, can be tailored to only show verified accounts, so it may help filter abuse. But when the company launched the app, users immediately pointed out Twitter has neglected to implement better safety controls for everyone on Twitter proper—something people keep asking for.

A friend of mine told me recently: “I don’t use Twitter because I am scared.”

She’s not a celebrity or a public figure. She’s an artist and engineer that could benefit from the exposure Twitter may give her, but she has seen friends driven off the network because of harassment; seen how strangers can infiltrate mentions with messages of hate; and watched people become tired of blocking and muting when eggs become angered by a link someone shared.

For popular tweeters, more granular analytics will be helpful. Twitter cultivates homegrown celebrities and fandom communities built around them, and the tools in Engage will let people better understand their social influence and help brands figure out their ad spend.

For the rest of Twitter, what we need are more controls to make us feel safe engaging with others. The quality filter, which lets people tailor their notifications timeline to filter out abusive tweets, is only available to verified users. The setting rolled out a year ago, and normal users still can’t access it.

User researcher and artist Caroline Sinders has some ideas on how to fix Twitter. And they don’t come in a standalone app. At the Eyeo conference earlier this month, Sinders presented some suggestions on how Twitter could make itself more enjoyable and accessible to people like my friend, who don’t have time or energy for trolls.

“If Twitter didn’t have a harassment problem, [Engage] wouldn’t be a strange rollout,” Sinders said in an interview.

Engage is kind of like Mentions, Facebook’s app for verified users that give famous people a slimmed-down version of Facebook and makes it easier to connect with fans. Twitter’s Engage app is open to everyone, verified or not.

Sinders said that she’s not surprised Twitter made Engage, but that the communication around the launch of this tool, and others, could be improved. Twitter, she said, struggles to properly communicate with people who use Twitter—not celebrities or social media superstars, but the average user who wants to know how and why Twitter is changing things.

“What they need is some more transparency, or an acknowledgement of, ‘We know that this isn’t what you asked for, but let’s have a conversation about this history of Twitter, which is really rooted in internet celebrity culture,’” Sinders said.

Perhaps Engage will help Twitter further research harassment through data analysis. It may give users and the company more information about who responds to tweets, how they respond, and who is outside of the network pattern that can be identified as a harasser, Sinders said. Some of her suggestions for improving Twitter’s safety features include blocking replies from people who tweet certain hashtags, making it possible to only see certain tweets when logged into the platform, and blocking replies from accounts with low follower numbers.

Engage is not a safety app; it’s for popular people to analyze their activity. It removes the standard Twitter experience, making it all about you as a person, not Twitter as a community. Instead of trending topics, you’ll see hashtags that are popular with your fans, and removing the timeline means you won’t see what’s going on outside of your own little bubble. It’s probably convenient for people who don’t genuinely care about the conversation happening beyond their sphere of influence, but it’s definitely not for everyone.

Chances are you won’t use Engage. But if Twitter can create an entire app for ignoring your timeline unless an Important Influential Account tweets at you, it’s time they double down on safety and implement tools that everyone, not just people with little blue checkmarks, can benefit from.