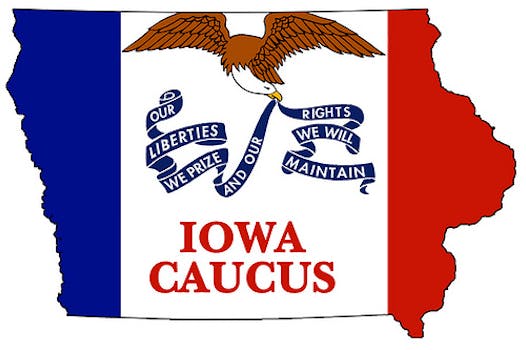 If you want to know what's happening in tomorrow's Iowa caucuses, here are some Twitter accounts that will get you the news as it happens.

On Tuesday, the eyes of the political world will focus on the snow-swept plains of Iowa as the Hawkeye State (finally) kicks off the 2012 presidential election season with the first state-by-state polling for the Republican presidential nominee.

The Iowa caucuses will mark the official moment the checkered flag is waved and the race for the White House zooms off, lasting all the way to the general election in November.

For  many, however—including politicos and reporters—the pre-election jockeying for position has been in full swing for months—especially on Twitter. If you want to know what’s been going in, check out the relevant Twitter feeds of some important players.

Here’s a who’s who of the Iowa caucuses on Twitter.

Matt Strawn—@mattstrawn: With a large field of candidates, the caucuses will give political watchers a first glimpse of how the 2012 race could play out and that means the Republican Party of Iowa, for a moment, will be the center of it all. State party chairmen Matt Strawn will likely be lighting up Twitter with updates of the event’s progress.

University of Iowa Politics—@UIowaPolitics: Forget the talking heads on Tuesday night, the place to be for expert analysis of the Iowa caucuses will be the University of Iowa’s political science department.

The Reporters
Many of these reporters, will be tweeting what they see and hear on Tuesday: here are a few names to follow