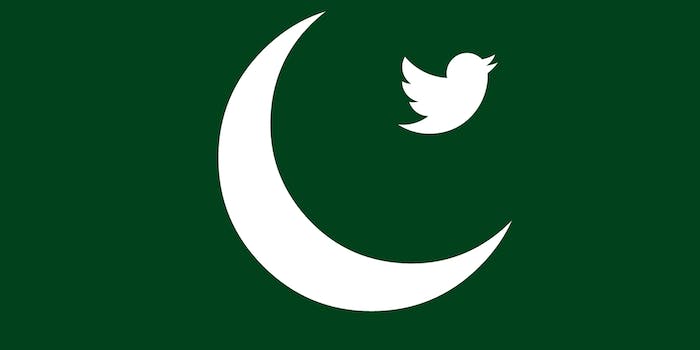 As if there's anything else on the Internet.

Twitter has lifted its ban on “blasphemous” and “unethical” accounts and tweets in Pakistan, after blocking the content at the behest of the country’s government.

Twitter users in Pakistan also are finally free to again search the hot phrase “burn quaran,” the only banned search term. Results currently include what books look like if they’re burned, as well as what appears to be a woman wiping her rear with its pages.

Twitter’s stated reasoning for the ban, as well as for its reversal, are curious, and it indicates just how vague its policy for government censorship can be.

“On May 18, 2014, we made an initial decision to withhold content in Pakistan based on information provided to us by the Pakistan Telecommunication Authority,” the company said in a blog post quoted on Chilling Effects, a website that tracks government censorship. “We have reexamined the requests and, in the absence of additional clarifying information from Pakistani authorities, have determined that restoration of the previously withheld content is warranted.”

The company has come under fire for kowtowing to governments’ censorship demands via a two-year-old tool called Country Withheld Content. In Turkey, after the country ordered Internet providers to deny citizens access to Twitter and YouTube, Twitter agreed to selectively censor material the Turkish government wanted withheld. As it turns out, the accounts Twitter agreed to block were known for publishing accounts of alleged government corruption.

Of course, a ban can only do so much. In countries where Twitter is blocked—first Turkey, and now Iraq—useage of Tor, a free browser that allows users to both hide their tracks and view censored material—has skyrocketed.