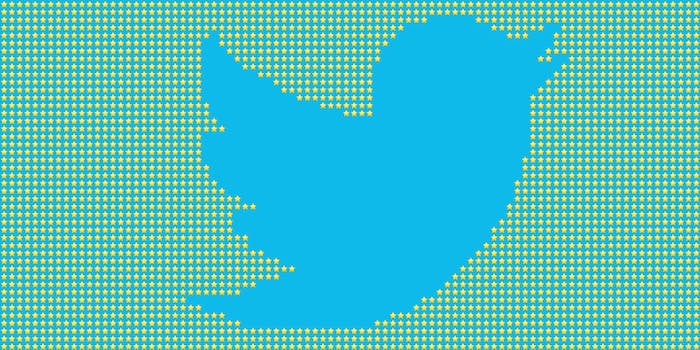 A scientific explanation for why we fav on Twitter

Still no algorithm to determine ideal ratio of favs to RTs

For people coming to Twitter from Facebook, it’s easy to see the “favorite” button as analogous to Facebook’s ‘like’ button. It shows you’ve read or appreciated something, but it’s not as intense as ‘sharing’ or “retweeting” the content. But Twitter users know the favorite button is a versatile feature, and now there’s research to back it up.

Researchers in Germany and the U.K. recently published a paper on why people favorite stuff on Twitter, and it confirms a range of motivations for pressing the gold star button. Here are some of the confirmed reasons for favs:

People who answered the researchers’ survey pressed “favorite” as a way to show the tweeter they had a reaction to their tweet. Some people did equate favs with Facebook “likes” and doled out favs for the simplest reason: Because they enjoyed the tweet.

Others gave them because they liked the person who wrote the tweet. Whether a family member, friend, or celebrity, some Twitter users receive favs simply for being likeable.

Users responding to “emotional stimuli” is another form of acknoweledgement fav. If a tweet made them feel especially happy or sad, they’d bestow a fav. They’d also fav to evoke emotion, to make the original tweeter feel good.

People were likely to fav tweets written about them or directed at them. They were also likely to fav if they related to the tweet, or thought it was something they would say themselves.

One of the most common reasons people faved tweets was to bookmark them. The researchers saw this as evidence that Twitter needs to step up its discovery options. “it illuminates concerns that re-ﬁnding is perhaps poorly supported by the Twitter search feature,” they wrote.

Some users reported pressing favorite on accident. The buttons are pretty small on mobile, so that’s understandable.

I hate when I accidentally fav tweets 😫

The researches noted that the reasons people pressed favorite were often the same as reasons previously laid out for why Twitter users retweet each other, though they noted that sometimes, a fav was an indication that someone wanted to acknowledge a tweet but didn’t find it compelling enough to share with a retweet. They also pointed out that privacy factors into the decision to fav instead of retweet. Since a retweet requires sharing a tweet with followers, it’s a more public way to acknowledge a tweet.

The new Twitter profile design put users’ lists of Twitter favs in a more prominent position. The research was conducted before this profile revamp happened, so it’d be interesting to see how privacy considerations factor in now that fav lists are placed in a more obvious position.

The researchers didn’t get into the art of flirt-faving or hate-faving. Perhaps a follow-up study? Then again, the study was based on respondent answers, and apparently the art of passive-aggressive favs didn’t come up. “We did not consider ‘hate-favoriting’” researcher Florian Meier told Daily Dot via email. “Our results are purely based on the statements of our respondents. We let them answer what based on their perceptions of goals and behaviors and analysed the data that came in. In none of these statements “hate-favoriting” or some kind of aggressive gesture played a role.”

Sounds like Meier and the rest of the team has a particularly kind group of respondents. The hate-fav is real.