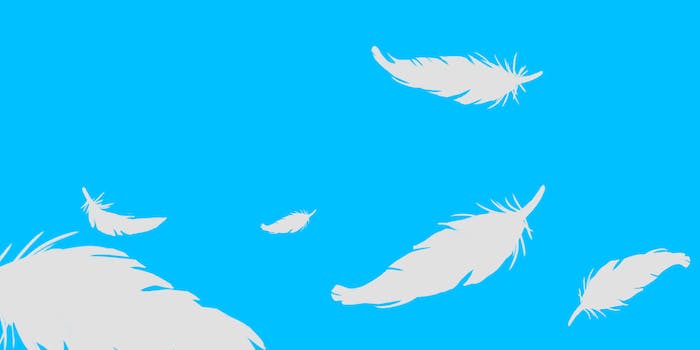 In September, former Twitter engineering manager Leslie Miley approached his colleagues with the idea for a position dedicated exclusively to diversity in engineering, and he wanted to be the one to fill it. After he managed and grew an engineering team as the only African-American engineer in a leadership position at Twitter, creating and tackling a job focused on inclusion in the company he loved was the next logical step.

Miley had the support of everyone he talked to, including his managers, and began taking meetings with Twitter’s executive leadership to work out the logistics. But a meeting with Twitter’s senior vice president of engineering Alex Roetter brought the idea to a halt, and ultimately was a catalyst that led to Miley’s departure. Build a tool to track the ethnicity of candidates based on their names, Roetter said, and figure out where they fall out of the pipeline—a solution that is not supported by data, and ignores historical and institutional biases that minority workers face in technology.

Miley described this meeting with Twitter’s leadership in a post on Medium. He cited major diversity missteps the company took throughout his tenure at Twitter that ultimately led to his departure. Miley was among those affected by Twitter’s October layoffs, but he told me he had already given notice that he would be leaving the company. Without the support and understanding from leadership of the basic principles of diversity and intersectionality in the workplace, the position he intended to create would have no real impact.

Upon his departure, he was offered a severance package that included a non-disparagement clause, but he declined it in order to be able to speak out about his time at the company.

“When you have someone suggest what I wrote about to me of all people, the cognitive dissonance of saying ‘I want you to create a tool to use,’ even in a brainstorming session, you can’t do that,” Miley said in an interview with the Daily Dot. “That’s like getting into a heated discussion with your friend about race and saying, ‘Hey, I’m not racist, I have plenty of black friends.’ You can’t say that. You need to be aware that race does matter and that there are people in front of you who have a different experience based on their backgrounds and ethnicity.”

Twitter is a platform that’s amplified voices of underrepresented groups, from #Ferguson to #BlackLivesMatter to #ILookLikeAnEngineer. And according to Pew Research, more African-American and Hispanic adults in the U.S. use Twitter than white adults, 27 percent, 25 percent, and 21 percent respectively.

Twitter embraces this privilege and responsibility, including painting massive #Ferguson and #BlackLivesMatter hashtags up on the wall of the cafeteria, a spot reserved for Twitter hashtags and topics that are making a large impact on the world. And Jack Dorsey, Twitter’s cofounder and newly minted CEO, regularly amplifies voices and news from underrepresented communities on Twitter.

But the company does not reflect that diversity. In the U.S., Twitter is two percent black or African-American and four percent Hispanic or Latino overall, and in tech roles, those numbers drop to one percent and two percent, respectively. In leadership positions, that percent is zero.

Twitter says it’s committed to improving diversity, and in August released goals that reflect the company’s efforts of making Twitter the company more accurately mirror the demographics of Twitter the platform. When asked about Miley and his Medium post, as well as the comments made by Twitter’s engineering leadership about diversity, a Twitter spokesperson provided the Daily Dot with a statement that reiterated those efforts.

We’re committed to making substantive progress in making Twitter more diverse and inclusive. This commitment includes the expansion of our inclusion and diversity programs, diversity recruiting, employee development, and resource group-led initiatives. Beyond just disclosing our workforce representation statistics, we have also publicly disclosed our representation goals for women and underrepresented minorities for 2016, making us the largest tech company to put hard numbers around its diversity commitment.

Miley’s Medium post wasn’t the first time he’s called out Twitter and the tech industry for failing minority talent. At an #ILookLikeAnEngineer event in San Francisco earlier this year, he spoke openly and honestly about his experiences of being a black man in tech at companies including Apple, Google, and Twitter.

Multiple times throughout his tenure at Twitter, he was on the receiving end of comments and actions that didn’t live up to the diversity rhetoric the company publicly promotes. For instance, in an engineering leadership meeting, a Twitter diversity recruiter demonstrated a narrow view of what it means to hire diverse talent.

“I asked what we were doing to increase improvement and sourcing of diverse candidates, specifically African-American and Hispanic candidates, and her response was, ‘I can only concentrate on women,’” he said.

This kind of diversity blindness—recognizing only women, particularly white women, in inclusion efforts—is an issue across the technology industry. Erica Baker, an engineer at Slack, refers to this as “Colorless Diversity,” in which efforts, funding, and initiatives are poured into empowering white women, while other underrepresented groups are ignored.

In that same meeting, according to Miley, Roetter said: “We are committed to diversity, but we are not going to lower the bar.”

“I looked around the room and was like, ‘I need backup,’” Miley said. “The reason why I thought I needed backup was because you just put in everyone’s mind that a diverse candidate is the equivalent of a lower bar, and these are all the people who make hiring decisions.”

That assertion is offensive, and the idea that companies would have to “lower the bar,” in order to improve diversity or that there aren’t enough qualified candidates in the pipeline is factually false. As USA Today reported, prestigious colleges and universities are graduating more than twice as many black and Hispanic candidates with computer science or engineering degrees than tech companies are hiring.

On average, just 2% of technology workers at seven Silicon Valley companies that have released staffing numbers are black; 3% are Hispanic.

But last year, 4.5% of all new recipients of bachelor’s degrees in computer science or computer engineering from prestigious research universities were African-American, and 6.5% were Hispanic, according to data from the Computing Research Association.

Miley has heard that same excuse multiple times, and his response is a fact that the tech industry needs to better understand: “By the time a diverse candidate or a woman is sitting in front of you for an interview, she has actually exceeded the bar,” he said. “Because she is in front of you despite the obstacles that have been put in front of her.”

Hiring committees, groups of individuals in charge of reviewing candidates and figuring out whom to hire, are the perfect environments to inject bias, Miley said. He began reading the notes on different resumes, and the excuses people gave as to why they wouldn’t be a good hire—they ranged from people not having a strong enough internship, or not going to the right school. “Anecdotally you start correlating that with, ‘Hey this is a diverse candidate, or this is a woman,'” he said.

Another form of hiring discrimination often comes in the form of “culture fit.” Minority employees often have to try and conform to a tech culture that’s overwhelmingly white and male, and, as Miley wrote, “achieve the appropriate level of blackness that makes me palatable to tech.”

As an example, Miley described an incident during his time at Google, where he had the email address [email protected] He used Shaft, a popular African-American lead in a major film, as an avatar, but was reproached by colleagues for having an icon that was “intimidating” and “unprofessional,” even though fellow Googlers used images like race car driving and pitbull dogs.

Twitter is now under increased scrutiny about its diversity efforts. On Wednesday, Rev. Jesse Jackson called on Twitter to release the demographic data of those affected by the company’s recent round of layoffs, concerned that they disproportionately impacted African-American and Hispanic employees, USA Today reported. Twitter, for its part, denied that assertion, but did not release any specific data.

For all his frustrations about Twitter and how the company mismanaged some aspects of diversity, Miley thinks the company, especially under Dorsey’s leadership, can significantly improve minority representation. He doesn’t think Twitter has done anything wrong, except acted like every other Silicon Valley tech company when it comes to diversity. But perhaps Twitter should be held to a higher standard, because it’s such an important tool that enormously amplifies conversations serving underrepresented groups.

Miley is not giving up on the company. In fact, if given the opportunity, he would like to do the job he set out to in the first place.