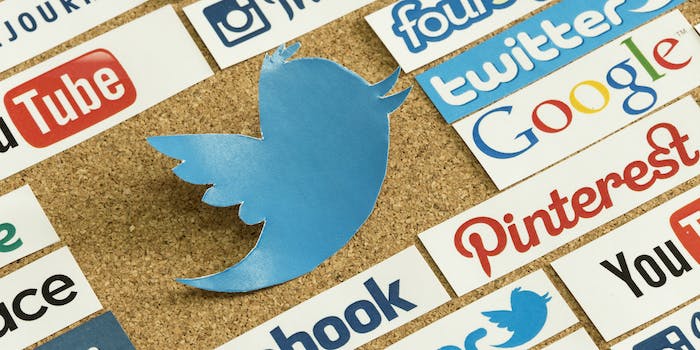 A swarm of Twitter bots is threatening to invade Southeast Asia

The social network has not taken action days after being notified.

There appears to be an army of Twitter bots enlisting in Southeast Asia, and the social network doesn’t seem too concerned about it.

First reported by Financial Times, a flood of faceless profiles have seemingly sprung up out of nowhere in recent months. The accounts, which appear to be bots, haven’t posted any tweets and don’t have a bio describing where they came from. They have, however, begun following several prominent figures in Southeast Asia, including journalists, academics, activists, and entrepreneurs. Hundreds, if not thousands, of these anonymous accounts in Myanmar, Vietnam, Cambodia, China, Taiwan, Hong Kong and Sri Lanka mysteriously followed the same group of users.

Their sketchy behavior has led to theories about covert government operations and third-parties attempting to gain influence over people.

It’s been a month already and the twitter bots just keep showing up. Anyone else seeing the same thing? pic.twitter.com/YEGcGnUYxd

“We are looking into the accounts in question, and will take action against any account found to be in violation of the Twitter rules,” Twitter told the Financial Times. The company declined to expand on the statement.

Several days have passed and the accounts remain active. By allowing these accounts on its site, Twitter insinuates there is a human behind each one. But the nature of the accounts, some with variations of the same name and others using pseudonyms like “Myanmar Egg,” suggests otherwise.

“Apparently Twitter has claimed that there’s no problem, that these are real people, but even the most cursory look at these accounts shows they’re fake,” David Madden, founder of Yangon-based tech hub Phandeeyar, told the Financial Times.

The accounts arrived not long after rival Facebook was accused of inciting violence in Myanmar and allegedly censoring people who disagreed with the Vietnamese government. Concerns about foreign government exploiting social media aren’t unfounded. Last year, the military in Vietnam reportedly created a force of 10,000 “cyber-troops” to censor “wrongful views” and anti-state propaganda. Myanmar is similarly spending $4.8 million to monitor online social channels.

A person familiar with Twitter told the Financial Times the influx of anonymous users in Southeast Asia can be attributed to a rise in popularity in the region. They claim these new users do the minimum requirements to sign up to the platform, following accounts suggested to them and keeping the gray stock photo up until they feel more comfortable. That seems an unlikely explanation given this is the first time in Twitter’s 11-year history we’ve such a rapid influx of users in the region.

But this wouldn’t be the first time a swarm of bots has infected Twitter. The social network was among the popular websites exploited by the Internet Research Agency, a Kremlin-backed troll farm, in the leadup to the 2016 presidential election. Recent estimates claim 50,000 Russian accounts engaged with more than 1.4 million users on the platform to spread propaganda.