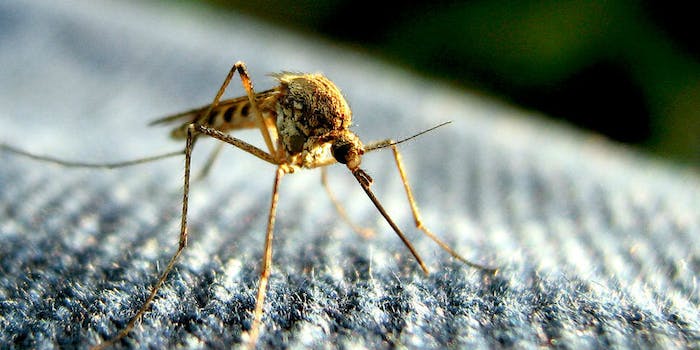 Twitter’s former CEO Dick Costolo once said his platform “sucks” at dealing with abuse and trolls. Well, it finally seems to have gotten its act together, banning a member who made death threats…to a mosquito.

A Japanese user going by @nemuismywife reportedly went on a tweetstorm after being bitten by a blood-sucking insect, rightfully calling it a “Bastard!” and asking “Where do you get off biting me all over while I’m just trying to relax and watch TV?” A good question, but what followed lost him his Twitter account: “Die! (Actually, you’re already dead),” he said.

While that might seem innocent to all but the most hardcore animal rights activists, Twitter had other ideas. Here’s the message the user received from the social giant, according to Japanese news outlet SoraNews24:

Your account has been frozen because it was used to send messages containing threats.

Thank you for your understanding.”

@nemuismywife later created a new account under the username @DaydreamMatcha. He had some pressing questions for Twitter.

“My account was permanently frozen after I said I killed mosquitoes…this is a violation?” he wrote to Twitter Japan. The angry tweet was retweeted more than 30,000 times and liked by 27,000 users before it was taken down. It appears @DaydreamMatcha deleted his account or changed his username again.

While Twitter never responded to @DaydreamMatcha, it’s likely one of its anti-abuse algorithms was triggered by his word choice and automatically banned him from the social media platform. In March, Twitter debuted an algorithm designed to curb abuse following criticism for its mismanagement of online bullying and threats. It appears the social platform was a bit heavy-handed when it wrote the code.