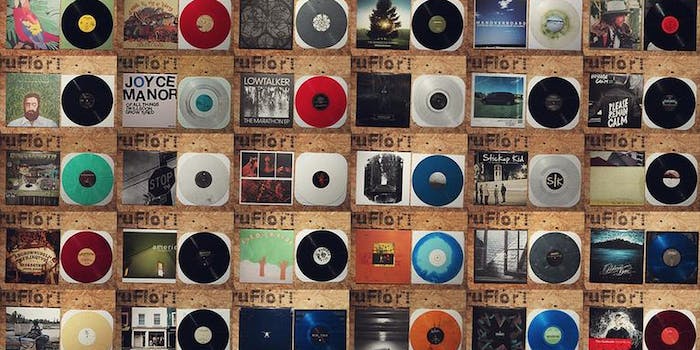 Twitter is many things to many people—and now it’s one more. The company just announced support for a new kind of Twitter card that embeds audio, a feature that opens up some cool music discovery opportunities on the realtime social network.

it’s friday have a music –> Hercules & Love Affair “I Try To Talk To You” https://t.co/UxftXWB6eD

Twitter’s new audio cards are a partnership with Soundcloud, which hosts audio for everything from The White House and NASA to Sigur Rós.

Cards play embedded audio while allowing you to navigate elsewhere on the app, where they can can be minimized without disrupting the audio stream. The tool is pretty cool for podcasts and news, but it’s also a handy way for regular Twitter users set up a whole stream just for audio discovery.

Personally, I always mean to spend more time exploring Soundcloud, but I’m on Twitter much more regularly. Assuming audio cards catch on, I can set up a Twitter list just for music discovery pooling together my favorite DJs, musicians, and music reviewers, and discover new stuff to listen to all day. The wording in Twitter’s blog update makes it sound as though only certain select partners (mostly musicians and news organizations) can embed Soundcloud tracks in audio cards, but it worked for me well enough.

With a single tap, the Twitter Audio Card lets you discover and listen to audio directly in your timeline on both iOS and Android devices. Throughout your listening experience, you can dock the Audio Card and keep listening as you continue to browse inside the Twitter app. We’re launching this new audio card in partnership with third-party streaming services. The first partner for streaming on Twitter is SoundCloud.

As Twitter expands cards to embed even more types of media from new sources, it builds the tweet into a universal vehicle for content consumption, a sort of standard unit of Internet consumption. (That’s assuming that Twitter doesn’t block its competitors moving forward, like when it deactivated Instagram cards.) With a properly curated Twitter (and hopefully one day, very much improved Lists) we’d never need to step beyond the bounds of the Twitterverse. That’s the idea anyway, and it’s not a bad one.