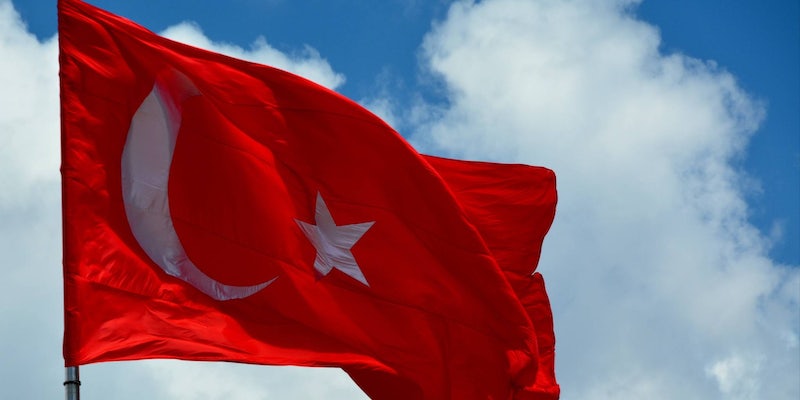 Internet access was cut for at least 6 hours on Sunday in parts of eastern Turkey.

Turkey’s Interior Ministry appointed new administrators (“trustees”) to 28 municipalities in the East and Southeast of Turkey, replacing elected mayors for what the ministry is calling alleged “links to terrorism.”

On the early hours of Sunday morning, riot police officers set up barricades in front of municipality buildings where government-appointed trustees would take over administrative duties; elected mayors were not allowed into their offices. The first act of the new administrators was to hang huge Turkish flags in a show of power against the Kurdish majority.

According to the Justice Ministry, 12 of the removed mayors were arrested earlier, and the mayor of Cizre, Leyla ?mret, was detained following a police raid of her house.

The decision was taken under decree laws—special powers given to the government under the emergency rule after the July 15 coup attempt. An earlier government bill to allow replacing mayors with government trustees had failed in the Turkish Parliament when opposition parties protested, but decree laws under the state of emergency have no legislative or judicial control.

In a statement to the official news agency, officials accused four of the mayors of having alleged links to the Gülen movement, which the government holds responsible for the coup attempt. The remaining 24 mayors are accused of alleged links to the PKK, an outlawed armed group that both Turkey and the United States have designated as a terrorist organization.

24 of the removed mayors were elected from the Kurdish opposition Peoples’ Democratic Party’s local affiliate Democratic Regions Party, known by their Turkish acronyms HDP and BDP. According to HDP, the districts where the government appointed trustees has 65 to 95 percent voter support. HDP is the third biggest party in the Turkish Parliament, and BDP had won 100 municipalities on the latest March 2014 elections when Erdo?an government had banned Twitter.

Erdo?an and government officials have repeatedly claimed Kurdish opposition have “links to terrorism” during election campaigns and Erdo?an’s former party even lifted parliamentary immunities to allow members of the parliament to be tried for terror charges.

HDP had this to say in a statement:

Kurdish outlets reported that residents were gathering around municipality buildings in protest and that former municipality workers were being battered by the police. Heavy-handed police response has reportedly caused injuries and ended in arrests. Journalists also reported that police were forcefully deleting their footage of the protests.

Following the developments, the U.S. Embassy in Turkey released a statement expressing concern, noting Turkey’s duty to respect due process.

On social media, the hashtag #KayyumDarbedir (“Trustee is the Coup”) was created. Despite the online activity, there is a significant lack of information and footage from the region where clashes are taking place. Human rights activists have ruled out any coincidence and claim government appointments and network cuts are related.

Early on Sunday, cable and mobile internet access was shut down in at least 15 provinces in the Southeast Turkey where Kurdish opposition HDP has the majority; eight of these provinces had one or more district mayors removed from their posts.

As of this writing, there has been no official statement from the government or network providers regarding the access problems. The customer service of Turkcell, one of the major mobile providers, claimed that the problem was caused by infrastructure upgrade. Local news outlets, however, report that the company’s customer service misled its subscribers by claiming that the network problems were occurring nationwide.

Turkcell, which has former government officials and two former Erdo?an cabinet ministers on its board, had recently attempted to impose blanket censorship over criticism of a child abuse scandal at a government-linked foundation, as the Daily Dot has previously reported.

Around noon, internet service was brought back in the region, but the network cuts for suppressing government criticism are hardly a surprise for Turkey as are the direct government intervention to independent news outlets via appointed trustees.

Last Summer, Turkey’s then Prime Minister Ahmet Davuto?lu ordered 3G mobile internet access to be shut down during military operations in the Southeast, which lasted for more than 60 hours. Last Fall, Turkish government appointed trustees to two opposition newspapers and changed their editorial line to pro-government; last March, after its editor-in-chief was removed by trustees, Zaman, country’s once largest circulating newspaper shared the same fate.

Since last year, Turkish ISPs have promptly throttled access to social media at times of government crises, courts have ordered bans on hundreds of news content, and, in the first week of the post-coup purge, the government directly closed down dozens of media outlets by decree laws.