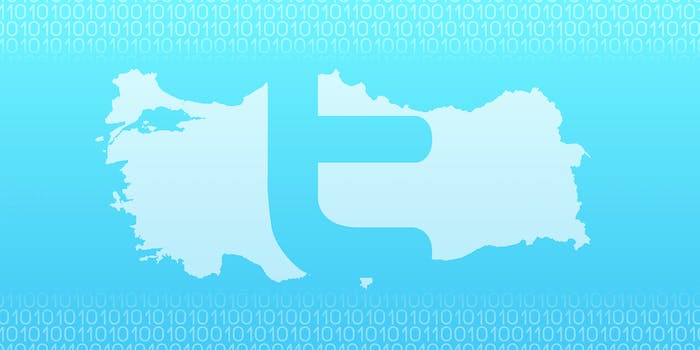 Apparently, Russia, China, and Iran were all booked up.

There’s a little problem with venue this year at the Internet’s Governance Forum (IGF), the current United Nations-sponsored meeting that’s one of the largest of its type in the world.

The issue? It’s being held in Turkey. You know, Turkey: That country that has in the past year banned Twitter for two weeks, YouTube for two months, has censored tens of thousands of other websites, as well as insisting Facebook and Twitter bar certain pages and users. Oh, and the man widely regarded as behind these decisions, former Prime Minister Recep Erdo?an, has just been elected President. Perhaps worst of all, 29 people are still on trial for sending non-violent tweets during the Gezi Park protests of 2013.

With the possible exception of Russia, it’s difficult to argue another country has taken a darker turn into the practice of censoring so much online content from its citizens in the past 12 months.

And yet the IGF moves forward. To be fair, the annual meeting doesn’t create binding international laws; its purpose is more diplomatic and symbolic. But that perhaps should be all the more reason to take a stand against Turkey. In its own justification of its existence, the IGF quotes the U.N.’s Universal Declaration of Human Rights, which the U.N. later declared applies to the Internet:

Everyone has the right to freedom of opinion and expression; this right includes freedom to hold opinions without interference and to seek, receive and impart information and ideas through any media and regardless of frontiers.

It’s not as if the contradiction is lost on groups attending the IGF. Reporters Without Borders (RSF), which has named Turkey an “Enemy of the Internet” in its annual survey of countries with the worst online human rights practices, is hosting its own Istanbul talk on Turkey’s problems, along with Amnesty International and the Turkish Association of Journalists.

The IGF’s meeting spot has engendered at least one real act of defiance against the Turkish governance. Starting Thursday, a group of activists are hosting their own Internet Unvgovernance Forum, also in Istanbul, about five miles from the U.N.’s version. There, it has a pretty big lineup scheduled: Katitza Rodriguez, current International Rights Director at the Electronic Frontier Foundation and former IGF advisor; ACLU Chief Technologist Christopher Soghoian; and Tor developer and surveillance journalist Jacob Appelbaum.

While plenty of anonymous attendees at the IGF are dismayed at the current state of the Internet in Turkey, there’s one silver lining: It’s really, really easy to circumvent most of the country’s censorship methods, and tens of thousands of Turks do.