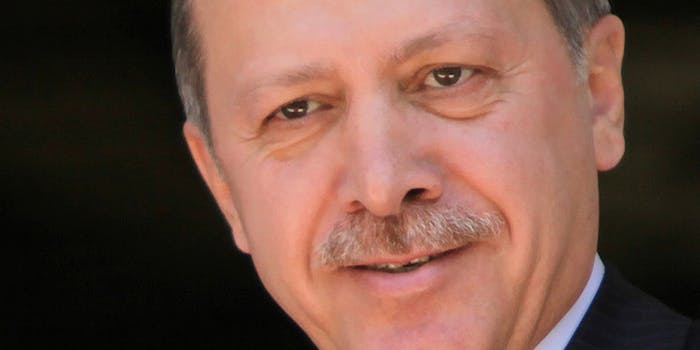 Last week, many users from Turkey had problems to access Google Search, Gmail accounts, YouTube and many other websites that use Google services.

#English translation of what pariah state of #Turkey did to @google cache & search w #Google is super slow pic.twitter.com/WBqRrwDJdh

The nationwide problem was caused by Turkey’s Internet Watchdog (TIB.gov.tr) taking an administrative decision to block ‘webcache.googleusercontent.com’ at one of Google’s IP addresses, 172.217.21.65.

Turkey bans @google cache; complaints regarding inability to reach gmail and youtube alongside other services https://t.co/gJ2pKec8Xv

Internet gets super slow in Turkey bcs the govt bans Google cache for a while. Totalitarianism slows you down!! https://t.co/KDjNoJegq7

It was first speculated that the Google domain might be simply overlooked among a long lists of URLs to be censored by the authority, just like the ‘accidental’ censorship of shortening service Bit.ly last year. But local sources reported that the ban was intended to block access to Google servers, which keep a cached copy of content previously banned in Turkey.

Indeed, various Google services have been used in Turkey to circumvent political censorship. During the Gezi Protests of 2013, protesters tagged ‘8.8.8.8’ graffiti (Google’s Public DNS) on walls to broadcast ways to avoid DNS-filtering (a method for censoring internet content). Turkish authorities resorted to IP-blocking and even DNS-hijacking to prevent access to social media during the 2014 local elections. For Turkish citizens who cannot use VPN or the Tor anonymity network, which masks users’ locations and identities, both Google Cache and Google Translator were suggested options among lists of proxies since then.

Google Cache, in addition to the censorship circumvention, has also been frequently used by Turkish investigative journalists to uncover links, such as the one between a foundation backed by Turkish President Recep Erdoğan and a serial child molester, “even after they deleted the information:”

On this incident, under the increasing pressure on social media, TIB had to take a step back and lift the ban on Google Cache a few hours after the order:

#Turkey's Internet watchdog TIB withdraws its decision to block Google's web cache. What was their motive? Testing something?

Turkey’s Ministry of Communication, however, released a statement to deny that Google Cache was ever censored, and it claimed that the slowing down of Google services was caused by a technical fault on Turkey’s fiber-optic cables to Romania and Bulgaria.

That statement reveals an even bigger problem with Turkey’s internet access, illustrating the government-private sector partnership in censorship and surveillance.

Turk Telekom—a formerly state-owned company that runs 80 percent of Turkey’s fiber-optics network and also owns the largest ISP, TTNET—has been criticized by industrial associations for abusing its monopoly status and ceasing investments on infrastructure. When Turk Telekom was privatised in 2005, the Chamber of Engineers claimed that the company was sold for much lower than its market value to a small-sized company, Oger Telecom, later acquired by the Erdoğan-ally government of Saudi Arabia, and would be able to pay its share by annual profits only—hence the lack of reinvestment to fiber-optics network.

Academic research on Turk Telekom agrees with the allegedly corrupt nature of this sale. Since the privatization, Abdullah Tivnikli, a businessman named in Erdoğan’s corruption indictment, and Yiğit Bulut, Erdoğan’s chief economics advisor sit on Turk Telekom’s board. At the face of growing criticism to Turk Telekom’s monopoly over fiber-optics, it was the government officials who defended the company.

There are also serious allegations that bureaucratic hindrances to the fiber optics development and high-prices set by the monopoly are purposeful in dragging Turkey’s internet access, so that the government can have a better control over dissemination of information, especially of high-quality video. During the Gezi protests, access to social media was throttled by ISPs, including TTNET; and following the protests, Turkish police and intelligence had meetings on “monitoring social media activities.” During the military operations to Northern Syria last Summer, access to 3G networks were reportedly cut for 60 hours in most of the South Eastern towns, also preventing journalists to live report from the field.

While access to information would bring accountability, it’s no coincidence that Turkey became the champion of corruption in Europe and saw the largest decline in press freedoms this year, according to watchdog group Freedom House.