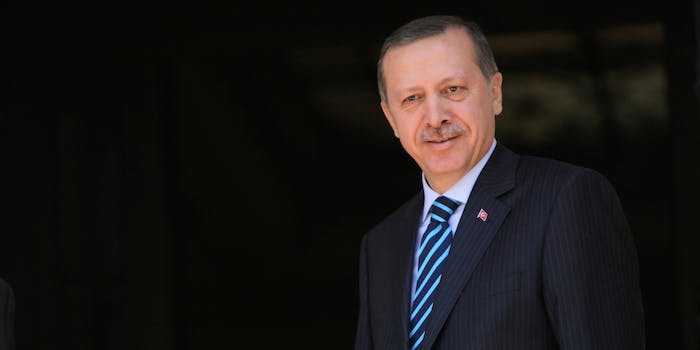 Erdoğan's government has increasingly censored the Internet, press, and free speech at large.

In a textbook case of the Streisand effect, global views of the video have skyrocketed since Erdo?an’s government stepped in.

This is not a unique incident. Erdo?an’s government has prosecuted nearly 2,000 individuals for insulting the president since his term began 18 months ago, according to Turkey’s justice minister.

That number includes school children prosecuted for ripping down posters of the president.

There’s no word from either the Turkish or German governments about any pending investigation or prosecution into the satirist behind the video. But as Germany aims to build closer ties to Turkey, sensitive media like this video may gain a brighter spotlight from Erdo?an’s highly sensitive government.