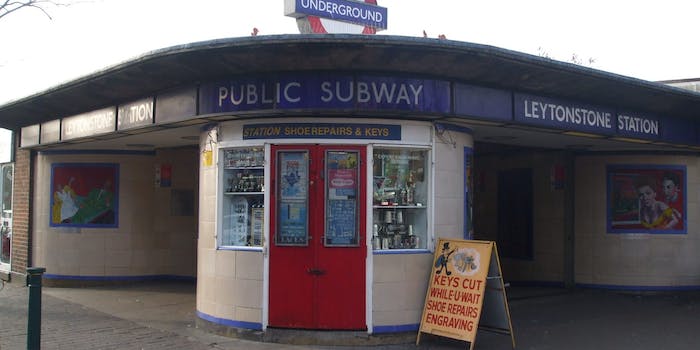 They're using the hashtag to shift focus away from the attacker.

Following a non-fatal knife attack at Leytonstone Tube station on Saturday evening, Londoners are using the hashtag #YouAintNoMuslimBruv to shift focus away from the attacker.

London’s Metropolitan police are describing this as a “terrorist incident,” with one person seriously injured and two others being treated for minor knife wounds. Bystanders report hearing the attacker shouting, “This is for Syria,” before he was Tasered and arrested by police, but his words have already been drowned out by an entirely different message from the scene.

In one video of the arrest, you can hear one someone shout, “You ain’t no muslim, bruv.” This slogan quickly took off on social media, with people tweeting their support for Muslims facing negative stereotypes in the wake of terrorist attacks.

"You ain't no Muslim, bruv" is a wonderfully British cry of defiance. #Leytonstone

Sadiq Khan, the Labour Party candidate in next year’s election for London mayor, was among the many people using the hashtag this weekend.

To defeat extremism we must directly challenge their poisonous ideology#YouAintNoMuslimBruvhttps://t.co/MTtZ4XjjoS pic.twitter.com/YK9dcrMCu0

People are heralding the hashtag as a perfect example of London solidarity: A concise expression of community spirit and a dismissal of violent extremism, all in one simple phrase.