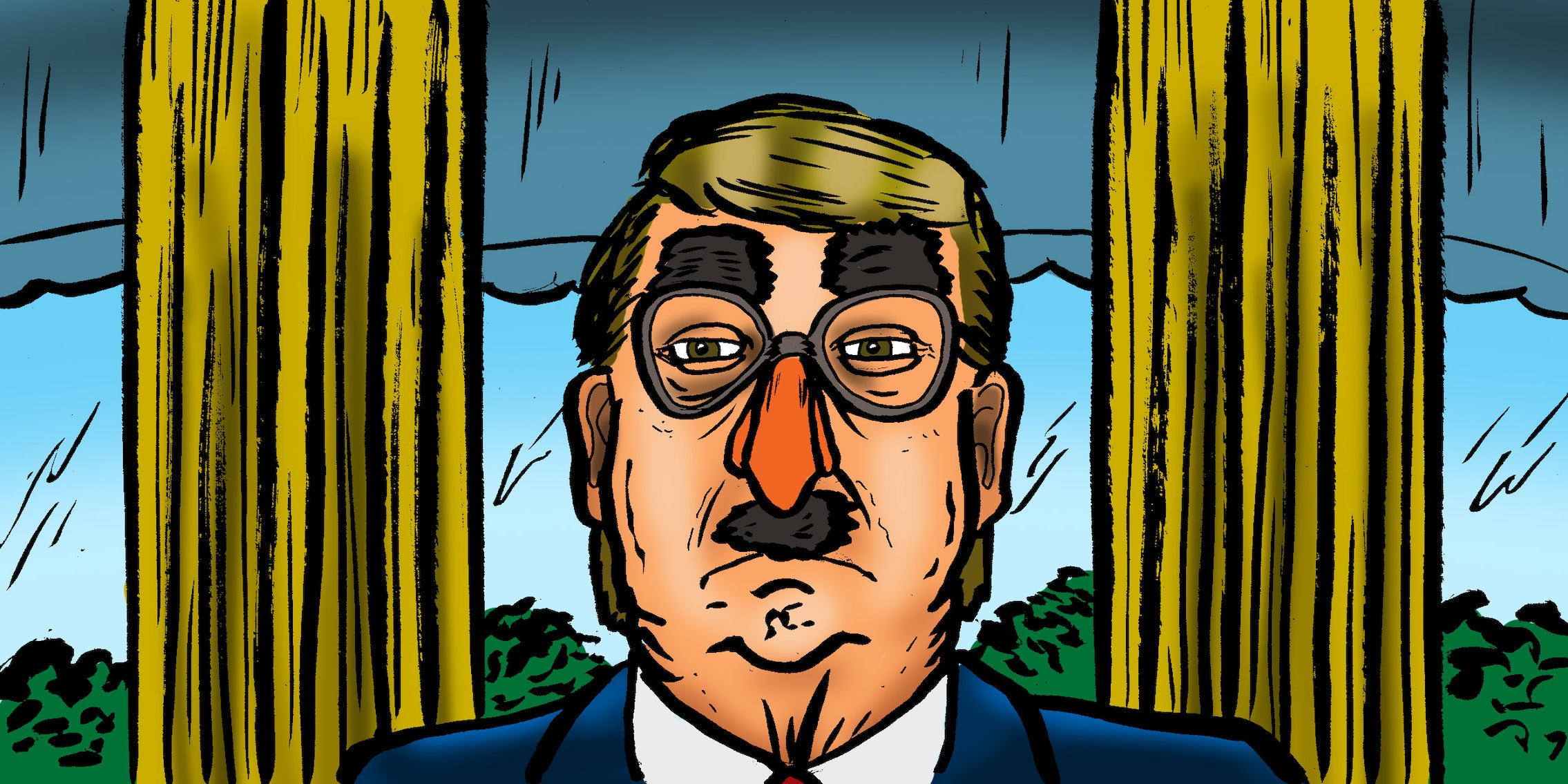 David Dennison isn't all that odd.

The already-surreal presidency of Donald Trump has taken a turn for the absurd thanks to the lawsuit filed against him by adult film star Stormy Daniels.

Daniels accuses Trump of offering $130,000 to enter into an NDA in 2016 that would prevent Daniels from revealing their 2006 affair. But according to Daniels, Trump never actually signed the document, rendering it void. In the paperwork made available to the public, both Trump and Daniels go by pseudonyms. In Trump’s case, it’s “David Dennison.”

As weird as the story is, it would fit a pattern that Trump had established long before he descended an escalator and into a presidential run. Trump spent years using fake names for various social and business purposes, and now he joins a long list of prominent political figures to go by pseudonyms.

During the heyday of his years as a tabloid fixture, Trump used fake names to pose as a corporate hype man for himself. In the 1980s, Trump Organization VP “John Barron” (sometimes spelled “Baron”) fended off the press about Trump demolishing a historical building in New York, leaked damaging information about rivals, and intimidated workers he tried to stiff out of payment.

In a lawsuit for that last item, Trump was forced to admit that he was actually “Barron,” and the pseudonym disappeared. But almost as quickly, Trump “hired” a suspiciously Trump-sounding flack named “John Miller” to brag to People Magazine in 1991 about Trump’s sexual prowess, wealth, and desirability to women.

The following are five questions you may or may not be asked during our interview.

During the debates regarding the Constitution, the founding fathers used a range of pen names to make their arguments under the cover of anonymity.

Among them was future fourth president James Madison, who helped write the Federalist Papers under the nom de plume “Publius.” Alexander Hamilton was another member of the “Publius” persona, and also used the name “Phocion” to write a letter criticizing Thomas Jefferson in 1796.

And future fourth vice president, George Clinton, wrote a series of letters criticizing the idea of a federal constitution under the name “Cato,” after the legendary Roman senator. Those letters received a response from none other than Hamilton—under yet another pen name, “Caesar.”

Many years later, none other than President Obama was revealed to have used a pseudonym on emails to then-Secretary of State Hillary Clinton’s controversial private account. The alias Obama used has never been made public.

Of course, Obama has a number of supposed aliases, usually touted by conspiracy theorists as “evidence” that the president wasn’t born in the United States and has been lying for over a decade about his background.

But despite the best efforts of right-wing cranks, no evidence has emerged to prove that Obama went to college as “Barry Soetoro” or was fathered by a Nation of Islam leader under the name “Bari Shabazz.”

Do you believe Barack Hussein Obama (aka Barry Soetoro) looked like a president last night? I don't!

A number of other Obama officials used fake names on emails, including former Attorneys General Loretta Lynch and Eric Holder, who also did it for security purposes.

Meanwhile, a FOIA lawsuit filed by conservative activist group Judicial Watch revealed in 2017 that Lynch sent emails to Hillary Clinton during the 2016 campaign under the name “Elizabeth Carlisle.” Naturally, conspiracy theories flowed as to what they were “really” talking about.

While Clinton herself wasn’t known to have used any aliases, her daughter Chelsea has, checking into hotels under the fake name “Diane Reynolds.”

And Trump isn’t even the only member of his administration to use a false name. Recently fired Secretary of State Rex Tillerson went by “Wayne Tracker” on emails at Exxon while discussing sensitive matters related to climate change.

Then there’s Anthony Weiner, the seven-time U.S. House member forced to resign after his sexting proclivities became public. After his resignation, Weiner attempted to run for mayor of New York City, but he was again tangled up in a sexting scandal, this one where he used the fake name “Carlos Danger.” Weiner later explained that the name was “a joke in my personal life between me and one person.”

So what does “David Dennison” have in common with political fake names of the past? And where did it even come from?

The “Dennison” fake name likely has a transactional origin, probably starting with a “D” because he’s the defendant in the Daniels lawsuit.

She's called Peggy Peterson in the "Hush Agreement" because lawyers use P for Plaintiff. He's called David Dennison because we use D for defendant. Then there's a side letter with real names, she says. Some lawyers do this. I do not.

Other pseudonyms originate from the middle names of their users, including those used by Lynch and Tillerson. Trump himself took his previous fake first name John from his own middle name, and later borrowed “Barron” to name his young son. Some seem to come from little other than their makers’ imaginations.

What will become of “David Dennison” remains to be seen. As recently as a few days ago, Trump had neither confirmed nor denied that he’s actually the “man” in question. But on Friday, Trump’s legal team sought to move the suit to federal court as an attempt to get it into arbitration, seen as a tacit admission that Trump is Dennison.