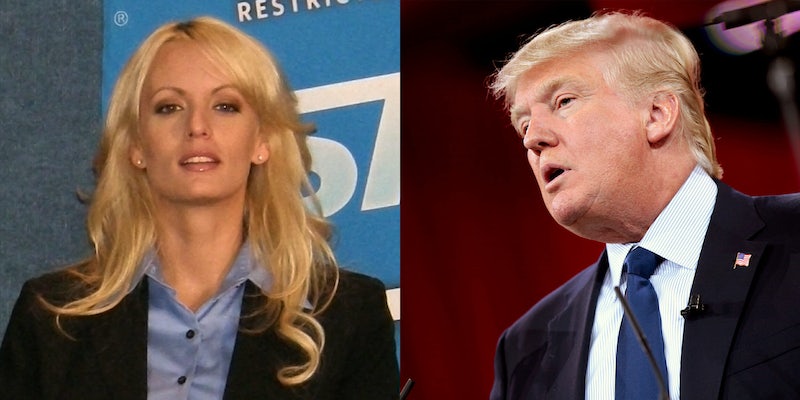 Report: Trump’s lawyer says he paid Stormy Daniels from his own pocket

He says he was not reimbursed.

The lawyer, Michael Cohen, said he was not reimbursed for the payment in his first statement since stories alleged that he facilitated the transaction.

The Wall Street Journal reported in January that Cohen had paid Daniels the sum of $130,000 to keep quiet about an affair. Watchdog organization Common Cause last month called for an investigation into the money transfer, claiming it could have been an illegal campaign contribution.

Cohen has long held that Trump denies a relationship with Daniels, whose real name is Stephanie Clifford.

Cohen did not answer questions as to why he made the payment.

Even though she had previously detailed sexual encounters with Trump, Daniels denied the “alleged sexual affair” and receiving “hush money” in a statement on Jan. 30.