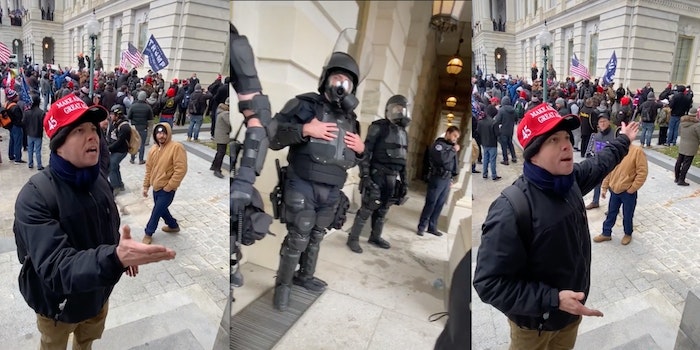 A chilling viral video taken during the Capitol riot shows a lone Trump supporter begging Capitol police to intervene as the mayhem begins to spiral out of control.