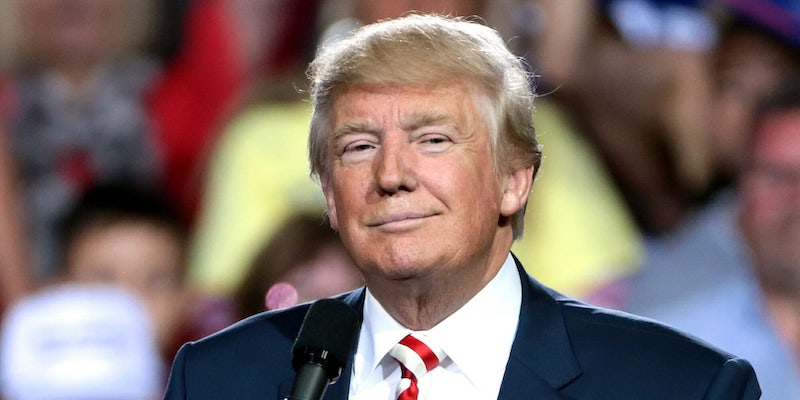 All Democratic 2020 contenders pledged not to use any potentially hacked material.

President Donald Trump‘s reelection campaign refused to promise to not use potentially hacked material in the 2020 presidential election when asked by a news outlet.

The Daily Beast asked all of the potential Democratic candidates and Trump’s campaign whether they would knowingly use hacked material that was hypothetically published during the upcoming election cycle. Only Trump’s camp declined to rule out doing so.

The news outlet asked both declared Democratic candidates and lawmakers who are still exploring a run, with Sen. Kirsten Gillibrand (D-N.Y.) saying in a statement:

“I vow that our campaign will not seek out stolen hacked information from foreign adversaries or knowingly weaponize or promote stolen hacked materials, and I urge all of my colleagues in the 2020 field to pledge the same.”

In contrast, the Trump campaign told the news outlet: “We’re not in the business of taking pledges invented by the liberal online media.”

Hacked material from the DNC and Hillary Clinton’s campaign was a major issue in the 2016 presidential election, with troves of emails allegedly hacked by Russia being published by Wikileaks.