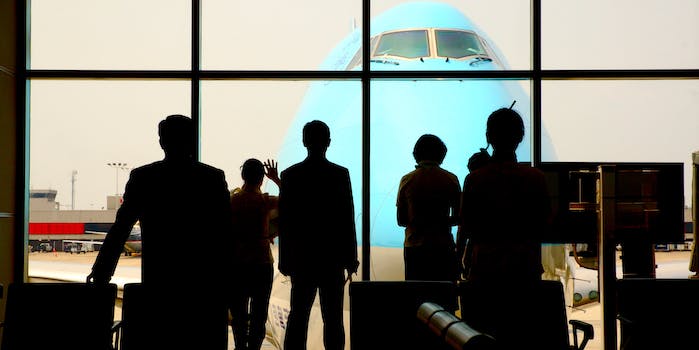 President Trump on Monday signed a new executive order on immigration, replacing the original travel ban that got shot down by the courts.

The new order places a 90-day ban on the issuance of visas for travel of people from six predominantly Muslim nations. The nations on the list include Iran, Libya, Somalia, Sudan, Syria, and Yemen.

Unlike the previous order, the new travel ban does not target citizens from Iraq, whom Secretary of State Rex Tillerson during a Monday press conference referred to as vital allies in the fight against the so-called Islamic State. The Iraqi government has reportedly agreed to cooperate with the U.S. government when it wants to expel Iraqi citizens.

The order, which will go into effect on March 16, will also suspend the nation’s refugee program for 120 days. The number of refugees the U.S. will take in this year has been capped at 50,000, less than half the 110,000 the Obama administration agreed to admit.

.@POTUS has signed a new executive order that will keep the nation safe. Read it at https://t.co/XcBwwEJJHF pic.twitter.com/Yx2mikXl2A

The White House has taken a variety of steps to help the order withstand a legal challenge. For instance, it lays out exemptions for travelers who are legal permanent U.S. residents, for those who hold dual citizenship in a country not on the list, and for those who have already been granted refugee status.

Homeland Security assessments have cast doubt on the necessity of Trump’s original order, finding few terror attacks in the U.S. were carried out by individuals from the countries targeted by the ban. The new ban justifies the measures by stating that there are currently 300 people who entered the country as refugees who are now subject to counterterrorism investigations; the White House would not tell reporters which countries the 300 people come from.

“Like every nation, the United States has the right to control who enters our country, and to keep out those who would do we harm,” Attorney General Jeff Sessions said at Monday’s press conference. “This executive order protects the American people—as well as lawful permanent residents—by putting in place an enhanced screening and vetting process for visitors from six nations.”

The American Civil Liberties Union, which successfully challenged the original travel ban in court, said the new executive order remains as prejudiced as its predecessor. It remains likely that the new order will also face legal challenges due to Trump’s calls during the 2016 campaign for a ban on “all Muslims,” which would be unconstitutional. However, the president possesses wide authority to institute measures to protect U.S. national security, which his administration says is the basis for the executive order.

Prejudice rewritten is still prejudice. We tracked changes in the new #MuslimBan2 against the earlier #MuslimBan https://t.co/mRjjkgQuwt pic.twitter.com/JgNzf11MJs

The Washington Post reports that the administration is promising a smooth rollout—not the chaotic mess that followed the order in January, which left countless people stranded overseas and led to the detention of legal permanent residents in international airports across the country.

“You should not see any chaos, so to speak, or alleged chaos, at airports,” a Homeland Security official told the Post. “There aren’t going to be folks stopped tonight from coming into the country because of this executive order. If they are, it’s pursuant to our ordinary screening procedures.”