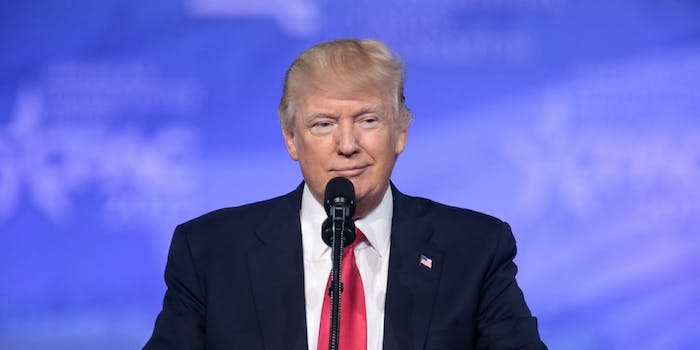 President Donald Trump‘s re-election campaign has spent more than $1 million on legal fees in the past three months, according to Federal Election Commission (FEC) records—a spike that coincides with the growing Justice Department investigation into Russia.

FEC records filed on Sunday, first reported by the New York Times, show that the Trump campaign spent $1.1 million over the past three months, approximately 25 percent of the campaign’s total spending.

The increased spending on legal fees comes as Robert Mueller’s Russia investigation expands and intensifies. The special counsel is leading the DOJ investigation into Russia’s attempts to meddle in the 2016 election and Trump’s potential obstruction of justice in the firing of former FBI Director James Comey earlier this year.

Of the $1.1 million spent in the last quarter, $830,000 went to Jones Day, the law firm representing Trump in matters related to the Russia probe, the records reveal. Another $238,000 went to Alan Futerfas, a New York-based attorney representing Donald Trump Jr., the president’s oldest son, in the Russia investigation. Trump Jr. drew scrutiny earlier this year after the Times revealed a June 2016 meeting he and other members of the Trump campaign, including Trump son-in-law Jared Kushner and then-campaign manager Paul Manafort, met with a Kremlin-linked Russian lawyer at Trump Tower in Manhattan.

It is currently unclear when Mueller’s investigation, which he began following Comey’s firing in May, will conclude.

In total, Trump’s 2020 re-election campaign and two joint committees have spent $2.1 million this year, according to the Times. Together, they have raised some $20 million.