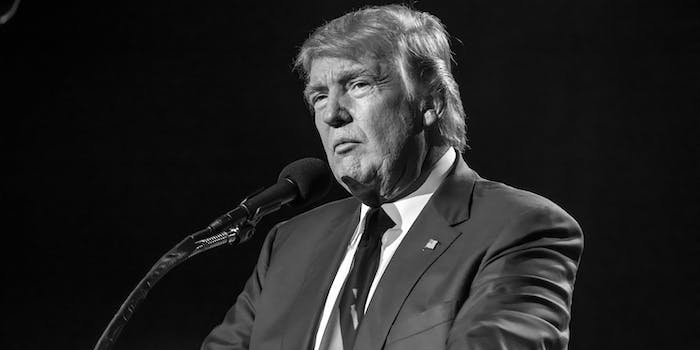 The Trump–Russia scandal just went from bad to worse.

First, the Washington Post reported that the federal investigation into Russia’s attempts to influence the 2016 election has now identified a current Trump administration official as a “significant person of interest,” according to multiple unnamed sources. The official, whom the sources did not name, is reportedly “close to the president.”

This is the first report of a person currently working in the White House being included in the federal probe. Previous reports indicate that former National Security Adviser Michael Flynn and Paul Manafort, Trump’s former campaign manager, are included in the investigation.

The extension of the probe into the current Trump administration does not necessarily mean criminal charges are imminent or will ever be brought.

The second revelation is perhaps more consequential. According to McClatchyDC, Deputy Attorney General Rod Rosenstein informed members of Congress that the Russia investigation also now includes the possibility of a cover-up. The new line of inquiry reportedly began after revelations that Trump allegedly attempted to persuade former FBI Director James Comey into ending an investigation into Flynn, according to a Comey memo detailing a conversation he had with the president.

During a press conference on Thursday, Trump denied asking Comey to end the investigation into Flynn.

Trump fired Comey on May 9, a week before reports of the Comey memo emerged. The president told NBC News’ Lester Holt that the Russia investigation played a role in his decision to fire Comey, which he said he made unilaterally, contradicting the initial White House justification for his ouster. Trump also called Comey a “showboat” and a “grandstander.”

Trump has repeatedly denied any collusion between his campaign or administration and Russia’s government.

The addition of the cover-up angle gives the federal investigation into Russia three distinct focuses: The Russian government’s attempts to meddle in the American election, the Trump team’s possible ties to Moscow, and the potential attempt to cover-up wrongdoing, which could potentially include obstruction of justice.

The possibility of a cover-up is amplified by a New York Times report, also published Friday, detailing notes of Trump’s May 10 meeting with two Russian officials during which he allegedly called Comey a “nut job” and said firing the law enforcement official had lifted “great pressure” off the president.

On Wednesday, Rosenstein appointed former FBI Director Robert Mueller as special counsel for the Russia investigation, giving it a level of independence and alleviating political pressure from Democratic and Republican lawmakers to distance the probe from the White House.

Trump on Friday embarked on his first foreign trip as president, which includes visits to Saudi Arabia, Israel, Belgium, and Italy. He will remain out of the country for nine days, although it is unlikely he will entirely escape the controversies brewing at home.