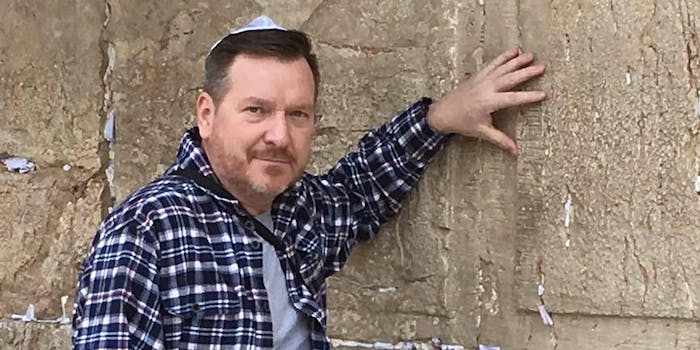 A Trump official reportedly shared conspiracy theories on his personal Facebook page, including a post claiming the Parkland school shooting was an orchestrated effort and others calling student survivors “Nazis.”

Kevin Sabo is a high-ranking official in the Interior Department’s Bureau of Reclamation (which oversees public land and water). On Facebook, he implied that anti-Trump protesters were paid by Democrats and compared Parkland survivors to Nazis, Talking Points Memo reported Monday. He also shared a longwinded theory claiming the massacre that left 17 dead was staged by Democratic officials, pedophiles, a CIA “mind control” project, and the FBI.

“If this was a planned event, it was set for a location very aligned with following through on the plans of the ruling elites,” a now-deleted post shared by Sabo said, according to Slate. It also said: “If [Parkland shooter Nikolas] Cruz was programmed to act out in this violent manner; it would explain why authorities allowed him to ‘slip through the cracks.'”

Another post that has been deleted (but preserved in a screenshot by Talking Points Memo) included a photo of Parkland student and gun control activist David Hogg.

“Is this child giving a nazi salute?” Sabo wrote on March 24. “What the hell is the left doing to these kids?”

He added in a different post: “The Nazis took everyone’s guns away too. A lot of similarities with these kids.”

The Bureau of Reclamation told Talking Points Memo that the agency has “no comment” on views expressed on Sabo’s Facebook page.

“Civil servants are guaranteed First Amendment rights to communicate their own views on their own time on their own social media sites, even if some would find those views disagreeable or the primary sources erroneous,” said public affairs chief Dan DuBray.

Sabo, whose Facebook page is also rife with images of birds and marine life, was convicted in 1999 in Virginia for cutting the brake lines on his ex-girlfriend’s car with wire cutters and causing her to crash. He was disbarred for the incident but reinstated in 2012.