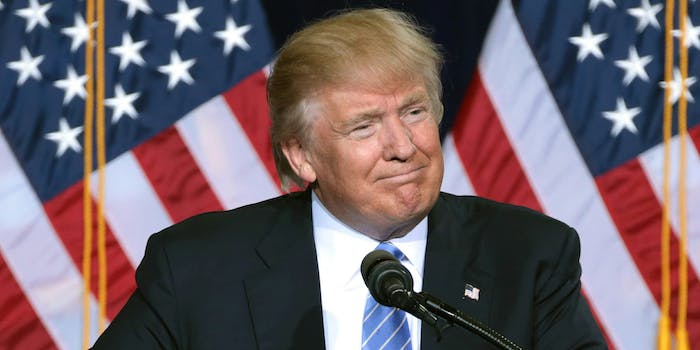 Trump: Other nations must ‘lead the way’ toward nuclear disarmament

The comments came as the Pentagon requested $24 billion for nuclear weaponry.

President Donald Trump said on Monday that if other countries committed to nuclear disarmament, the U.S. would too. His administration, meanwhile, announced it would request a spending increase specifically to bulk the nuclear arsenal.

“But they’re not stopping,” he continued. “So if they’re not going to stop, we’re going to be so far ahead of everybody else, and nuclear like you’ve never seen before.”

The comments came on the same day that the Pentagon published its $686 billion budget proposal, which included $24 billion for nuclear weaponry and a further $12.9 billion for missile defense.

The request comes on the back of the Nuclear Posture Review, released in January, which argued that “modernizing the nation’s nuclear delivery systems” across “land, sea and air” was a “number one priority.” The report cited threats from other superpowers, particularly Russia and China.

“We’re increasing arsenals of virtually every weapon,” Trump said of the funding boost. “We’re modernizing and creating a brand-new nuclear force. And, frankly, we have to do because others are doing it. If they stop, we’ll stop.”

Trump’s has consistently supported the idea of building up nuclear capability. His statements repeat remarks made a year ago this month, despite varied reactions Monday.