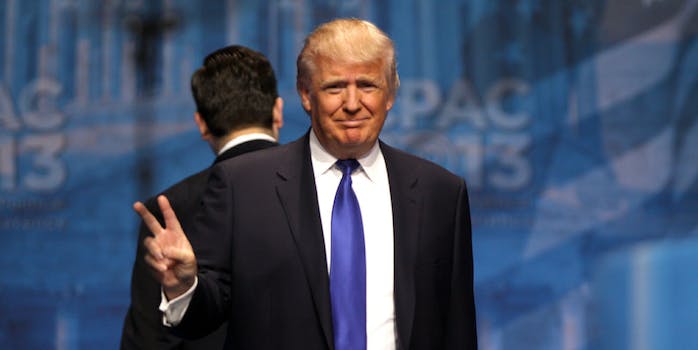 In an unsurprising move, President Donald Trump‘s campaign is already capitalizing on the Robert Mueller report to fundraise for 2020.

In a fundraising email with the subject line “VINDICATED” sent on Monday, the campaign claimed, “WITCH HUNT INVESTIGATION CONCLUDED: NO COLLUSION OR OBSTRUCTION.”

According to Attorney General William Barr’s summary of the report, Mueller’s team did not find evidence that the Trump campaign colluded with Russia in the 2016 election.

However, the report did not exonerate Trump on the issue of obstruction of justice, as the president claimed in a tweet. The fundraising email reiterated the point though, saying, “NO COLLUSION, NO OBSTRUCTION — COMPLETE EXONERATION.”

Barr’s letter quotes Mueller’s report, saying, “while this report does not conclude that the President committed a crime, it also does not exonerate him.”

The fundraising email promises a quadruple match for every donation based on these statements.

On Sunday, Associated Press reporter Zeke Miller tweeted a screenshot of a fundraising text message from the Trump campaign. “NO COLLUSION AND COMPLETE EXONERATION,” the text states. “Dems raised millions off a lie. Now we FIGHT BACK! Donate in the NEXT HOUR and it’ll be QUADRUPLED.”

The message also pops up on  Trump’s website: “NO COLLUSION & COMPLETE EXONERATION,” the message reads. “Dems raised millions off a lie. Now we FIGHT BACK! Donate in the NEXT HOUR & it’ll be QUADRUPLED!”

Trump filed for reelection with the Federal Elections Commission on the day of his inauguration, Jan. 20. 2017, and has campaigned repeatedly since then, continuing to hold rallies as he did during his 2016 campaign.

The Daily Dot reached out to the Trump campaign for comment but did not receive a response by press time.