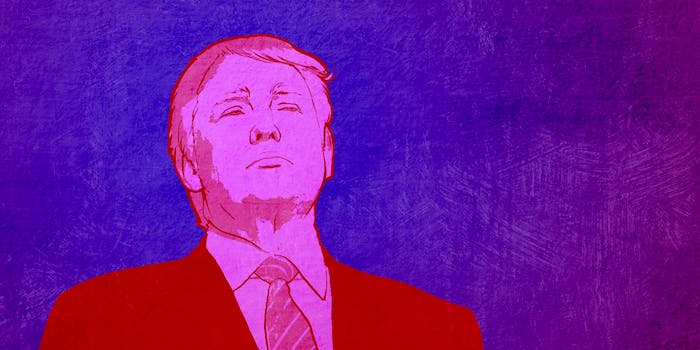 And that's just the start.

Donald Trump is now preparing for the general election versus likely Democratic presidential nominee Hillary Clinton—but he may have just kicked the nest of hornets that have been stinging Clinton for most of her campaign.

On Thursday, Trump announced the hire of Steven Mnuchin as his campaign’s national finance chairman. Mnuchin spent 17 years working at Goldman Sachs before founding a firm to finance Hollywood blockbusters like Avatar, which he departed last year.

Mnuchin’s time at Goldman Sachs is of particular interest for the American electorate. The company has one of the worst reputations in America. The fact that Clinton gave private, unreleased speeches to them in exchange for $675,000 has become a source of sustained pain for the Democratic candidate, with challenger Sen. Bernie Sanders (I-Vt.) regularly calling for Clinton to release the transcripts.

During his time at Goldman Sachs, where his father was once a partner, Mnuchin oversaw the trading and sales of municipal and mortgage-backed bonds and of government and money-market securities. After heading the firm’s mortgage department, he became Goldman’s chief information officer.

Mnuchin has also worked closely with George Soros, the billionaire investor famous for his work funding Democratic Party candidates across the United States.

In addition to his hire of Mnuchin, Trump announced that he will not self-finance his general election campaign. The Republican candidate has repeatedly touted over the past year that he paid for his primary campaign himself, saying that it made him independent unlike the other politicians in the running.