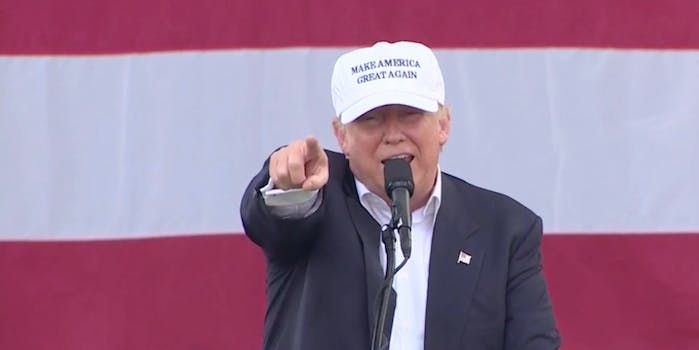 After Trump takes dig at reporter, #ImWithTur hashtag comes to her defense

Donald Trump on Wednesday called out NBC’s Katy Tur for allegedly being part of the biased media at a rally in Miami.

Addressing America’s integrity in journalism, Trump said reporters are among the most dishonest people he’s met.

According to Trump, reporters fail to capture the massive crowds at his rallies. “But if Hillary speaks for an audience of 30 people, the media will say the crowd is massive,” Trump said.

Trump went on to say the large crowd size at his rallies is worth reporting.

In response, the #ImWithTur hashtag immediately started trending in the U.S. on Twitter.

#ImwithTur because no reporter should need secret service protection for reporting a presidential rally. https://t.co/W5vuSfaHSJ

It’s not the first time Tur has been attacked by Trump. Last December Trump referred to Tur as a “third-rate reporter” when she tweeted that Trump “ends speech abruptly and leaves stage,” after he was interrupted by a Black Lives Matter protester.