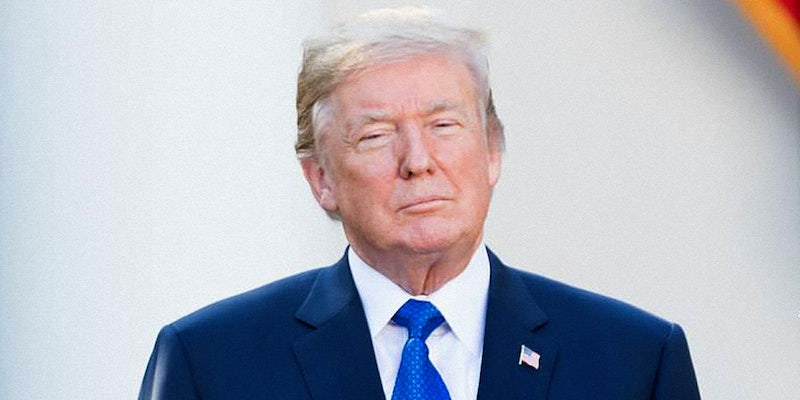 On Monday, three women who say that President Donald Trump harassed and groped them in the past called for a congressional investigation into his actions. Today, the president attacked all of them on Twitter, then insinuated a sitting female senator who supported the women “would do anything” for campaign contributions.

The press conference by Jessica Leeds, Samantha Holvey, and Rachel Crooks came in the wake of three members of Congress leaving after similar reports of sexual misconduct arose, as well as countless other powerful men being fired or suspended in industries across the country.

President Trump tweeted that he did not know the women speaking out against him and that it was an elaborate hoax, orchestrated by Democrats and prompted by their inability to prove Trump’s campaign colluded with Russia. (Four members of Trump’s campaign have been arrested as part of an investigation into collusion with Russia.)

Despite thousands of hours wasted and many millions of dollars spent, the Democrats have been unable to show any collusion with Russia – so now they are moving on to the false accusations and fabricated stories of women who I don’t know and/or have never met. FAKE NEWS!

Allegations of sexually improper behavior against Trump hit a fever pitch in the wake of his Access Hollywood tape leaking in October 2016. In the infamous video, the president says he can grab women “by the pussy.” (President Trump in recent weeks has reportedly questioned the authenticity of the tape, though former Access Hollywood host Billy Bush has confirmed its legitimacy.)

Trump’s denial on Twitter of never having met his accusers does not comport with the facts.

Of the women who have spoken out against Trump, Summer Zervos was on Trump’s reality show, The Apprentice, where she said the president would kiss her and grab her chest. Mariah Billado, Tasha Dixon, and Samantha Holvey were contestants in beauty pageants Trump hosted. (Trump has admitted to walking in on contestants while they changed.) Natasha Stoynoff, a writer for People who has interviewed Trump and his wife, said the president forced himself on her. Rachel Crooks was an employee at a real estate firm when she claims Trump kissed her unwantedly, and Jessica Leeds says Trump sexually assaulted her on a flight three decades ago.

In total, 19 different women have accused Trump of sexual misconduct.

Trump’s denial on Twitter of not meeting these women also appears to contradict press secretary Sarah Huckabee Sanders, who said that the White House would provide witnesses to these encounters to prove that groping and harassment never occurred.

“I can say that the president has directly responded and said that these allegations are false… In terms of the specific eyewitness accounts, there have been multiple reports, I’d be happy to provide them to you after the briefing,” Sanders said when asked during a briefing.

This morning, Trump also attacked Sen. Kirsten Gillibrand (D-N.Y.), who called on Trump to resign over these reports. Trump tweeted that she would do “anything” for campaign money.

Gillibrand responded to the statement from Trump an hour later, saying that the president would not “silence” her or millions of other women.

The Daily Dot has reached out to the White House on what Trump meant by his statement that Gillibrand would do anything for campaign donations.