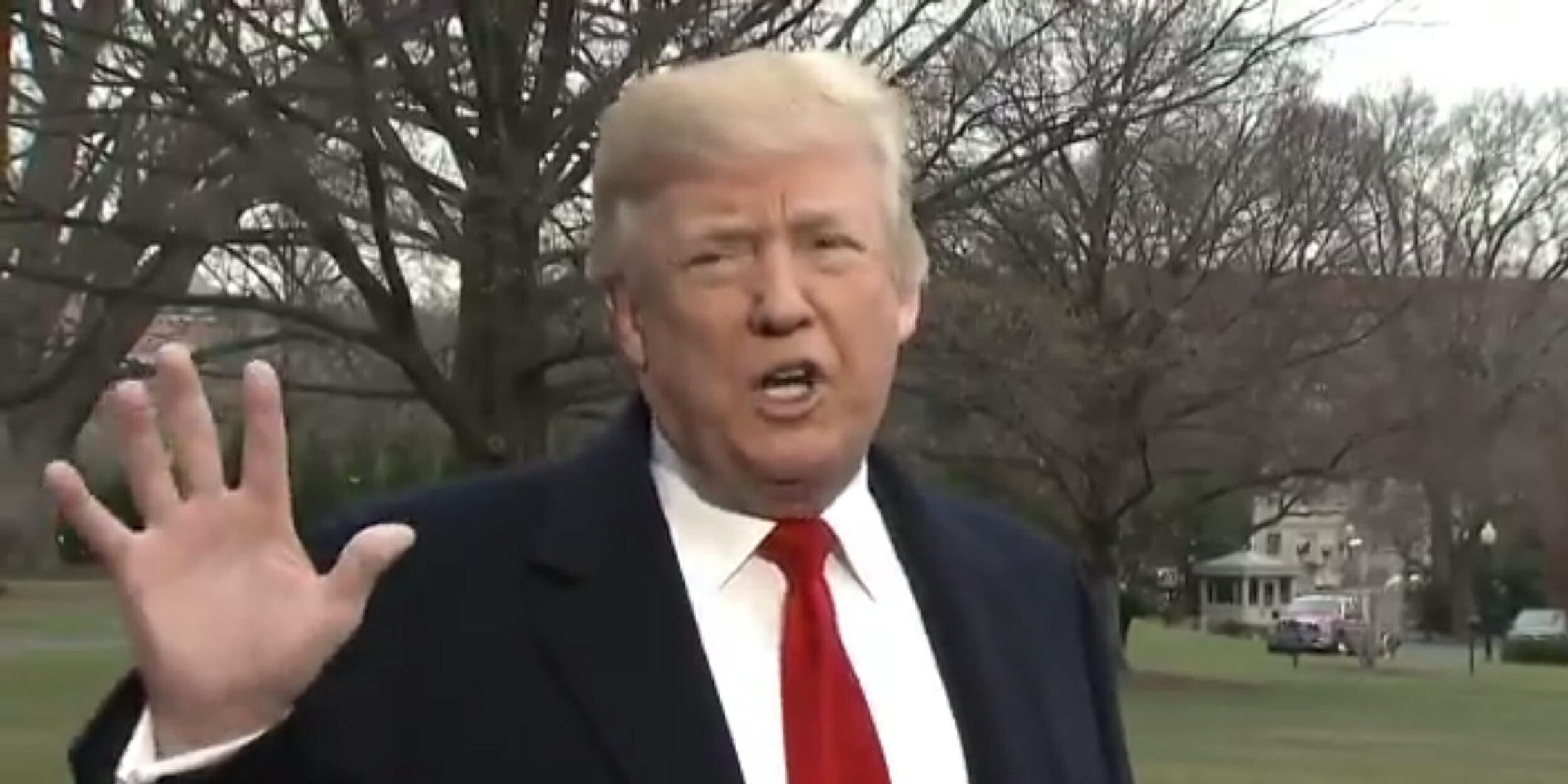 President Donald Trump did not rule out pardoning former National Security Adviser Michael Flynn, who pled guilty earlier month to lying to the FBI as part of its probe into Russian interference in the 2016 election.

Speaking with reporters before giving a speech to FBI recruits in Quantico, Virginia, Trump quickly mentioned Flynn after being asked. Flynn served in his administration briefly before being let go after it was revealed he lied to Vice President Mike Pence about the nature of his conversations with a Russian ambassador.

“I don’t want to talk about pardons for Michael Flynn yet,” Trump said. “We’ll see what happens. Let’s see.”

JUST IN: Pres. Trump declines to rule out a pardon for Flynn:

“I don’t want to talk about pardons for Michael Flynn yet. We'll see what happens" – @NBCNews pic.twitter.com/b4tuXjLeJ9

Flynn pled guilty to one count of lying to the FBI as part of Special Counsel Robert Mueller‘s investigation into Russian interference in last year’s election. As part of the plea, Flynn admitted he lied to the FBI about contacts he had with the former Russian ambassador to the United States.

He is expected to cooperate with investigators as the probe continues to move forward.

Flynn is the fourth person to be charged from Trump’s campaign in connection with the investigation. Former campaign chairman Paul Manafort and his associate Rick Gates were charged with money laundering, among other charges, and former foreign policy adviser George Papadopolous pled guilty to lying to the FBI about contacts he had with people who were known to be close with Russian officials.

Trump did slam the FBI before leaving to speak to its graduating recruits on Friday. Mueller’s team has come under scrutiny in recent weeks, particularly from right-wing media outlets, after it was revealed that FBI agents on his team had exchanged critical text messages about Trump. Both agents were dismissed from the investigation.

“I can say this, when you look at what’s going on with the FBI and the Justice Department, people are very, very angry,” he said.