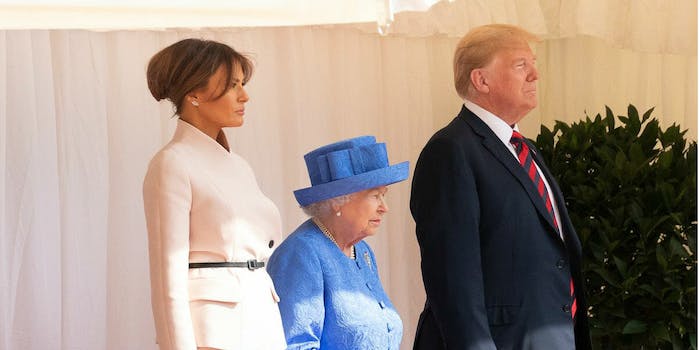 Trump says the European Union is our ‘foe’

Trump chose to list the EU as a foe before Russia or China.

President Donald Trump’s disdain for international coalitions like the European Union and the United Nations has always been known, but now his language on the issue is becoming more direct and antagonistic. When asked by CBS’ Face the Nation host Jeff Glor who America’s biggest foe was, Trump responded quickly that “I think the European Union is a foe, what they do to us in trade. Now you wouldn’t think of the European Union, but they’re a foe.”

Trump added that “Russia is a foe in certain aspects” and “China is a foe economically, certainly they are a foe.”

When Glor pushed Trump on the idea that he would list the EU before other nations as a foe, Trump pushed back by stating that his mother was Scottish and his father was German. These quotes come on the heels of Trump’s baseless criticism of Germany as a “captive” of Russia over a gas pipeline deal the two countries had struck.

German Chancellor Angela Merkel responded by saying: “I have experienced myself how a part of Germany was controlled by the Soviet Union. I’m very glad that today we are united in freedom … because of that we can say that we can make our independent policies and make independent decisions.”

Trump’s visit to Europe has been marked by massive protests and some, uh, high-flying signage. Trump did have some supporters, however.