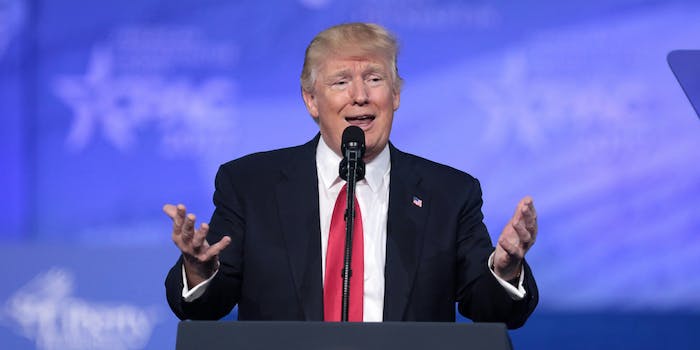 President Donald Trump wants to call his tax reform bill the “Cut Cut Cut Act” but is facing resistance from Capitol Hill, according to reports.

The bill, which is expected to be revealed on Thursday, will ultimately be named by the Ways and Means Committee, but there has been “dispute” over what exactly it will be called, according to ABC News.

House Speaker Paul Ryan initially left the naming up to Trump because of his “penchant toward branding,” ABC News reports, but Trump has been insistent on calling the tax plan the “Cut Cut Cut Act.”

“At the end of the day this will be known as the ‘Trump tax cuts,’” a source told the news outlet.

The tax plan, which was illustrated in a bizarre analogy by White House Press Secretary Sarah Huckabee Sanders earlier this week, has been shrouded in mystery for weeks. When it is unveiled in full on Thursday, “all hell’s going to break lose,” according to Sen. John Kennedy (R-La.), due to its various provisions.

The plan is expected to reduce the number of individual rates from seven to four and get rid of many deductions and loopholes.

“I think the House is looking really good,” he said. “I did make a couple of calls—I said, ‘Fellas, please, no changes. Just pass it along. We have to get tax cuts.'”

You can read ABC News’ report on the naming dispute here.