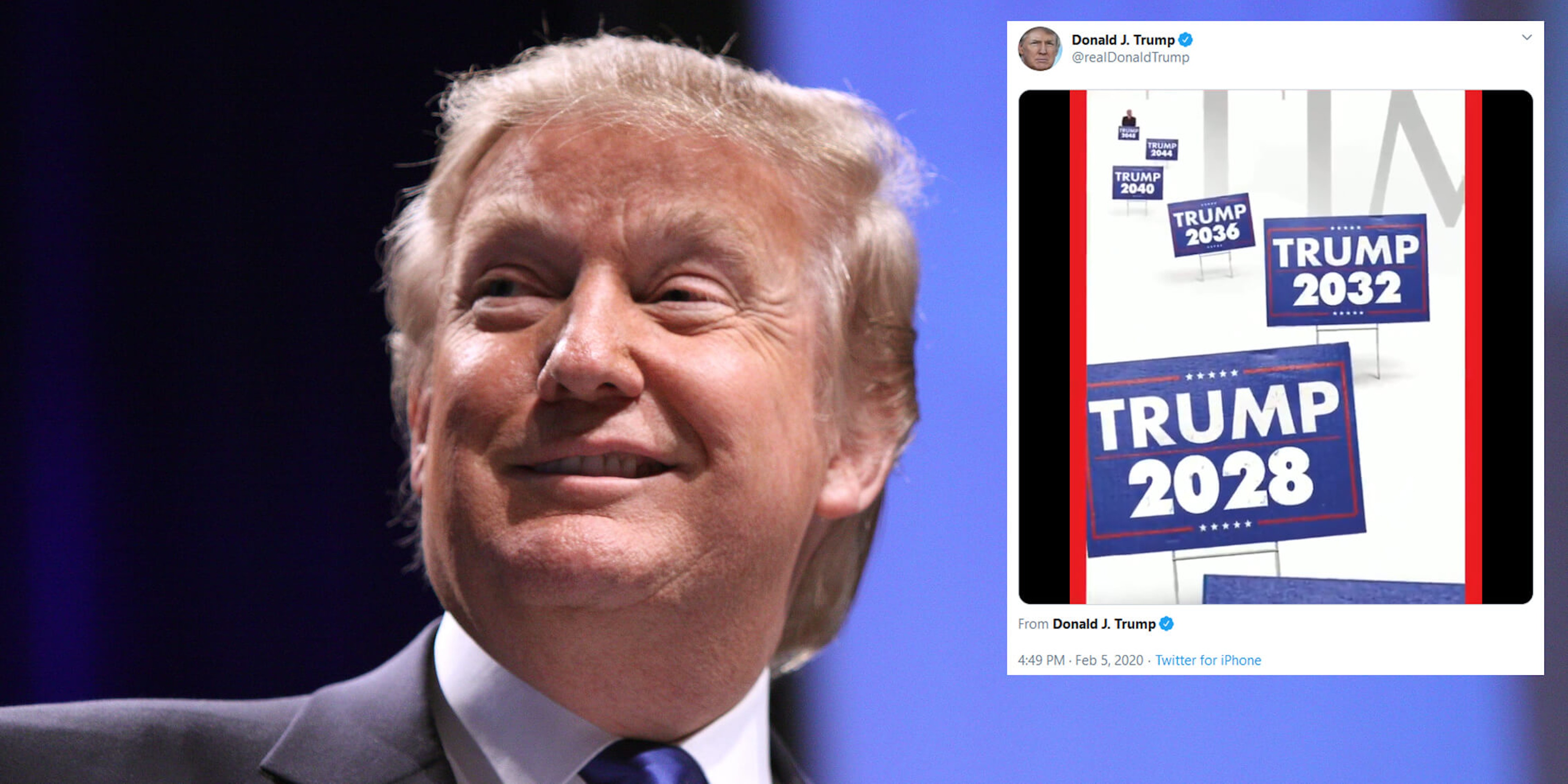 Trump celebrates acquittal with meme about staying in office ‘4EVA’

He's tweeted the video before.

President Donald Trump celebrated an impeachment acquittal by the Senate on Wednesday by tweeting a previous meme he’s posted that showed him being in office for thousands of years.

Trump was acquitted by the Senate on both charges in the impeachment trial on Wednesday afternoon. The decision by the Senate, which is controlled by Republicans, was largely expected—specifically after a vote last week that shot down the possibility of more witnesses being heard.

The president tweeted the video on Wednesday afternoon—without any other comments—shortly after the Senate’s votes.

Trump has previously tweeted the video—which shows a series of campaign lawn signs showing him running for president for thousands of years set to the tune of “In the Hall of the Mountain King”— in June last year.

The video, which is an edited version of an October 2018 Time Magazine cover, shows Trump’s name on campaign lawn signs spanning from 2004 until the year 90,000 before the year turns into “EEEEEE” and “4EVA.”

The idea of the video is meant to evoke that Trump’s brand of politics will continue on in the future.

What Trump thinks it means, though, is less clear.