The budget cuts may result in the death of PBS and NPR.

The Trump administration plans to cut funding for the arts and privatize NPR and PBS, according to a new report from the Hill.

As part of a plan to cut $10.5 trillion from the federal budget over the next 10 years, the new administration wants to slash spending for the departments of Transportation, Justice, and State. At the Justice Department, this includes cutting the Office of Community Oriented Policing Services and Violence Against Women Grants, among others. The departments of Commerce and Energy will also see significant cuts including the elimination of offices dedicated to researching clean and renewable energy sources.

Arts funding may be hit the hardest, with the elimination of the National Endowments for the Arts (NEA) and Humanities (NEH). The NEA supports a wide range of artistic fields from dance to literature to community art projects, while the NEH offers grants to museums, educational institutes, researchers, and authors.

The new administration also plans to privatize the Corporation for Public Broadcasting, meaning NPR and PBS will face an uncertain future. 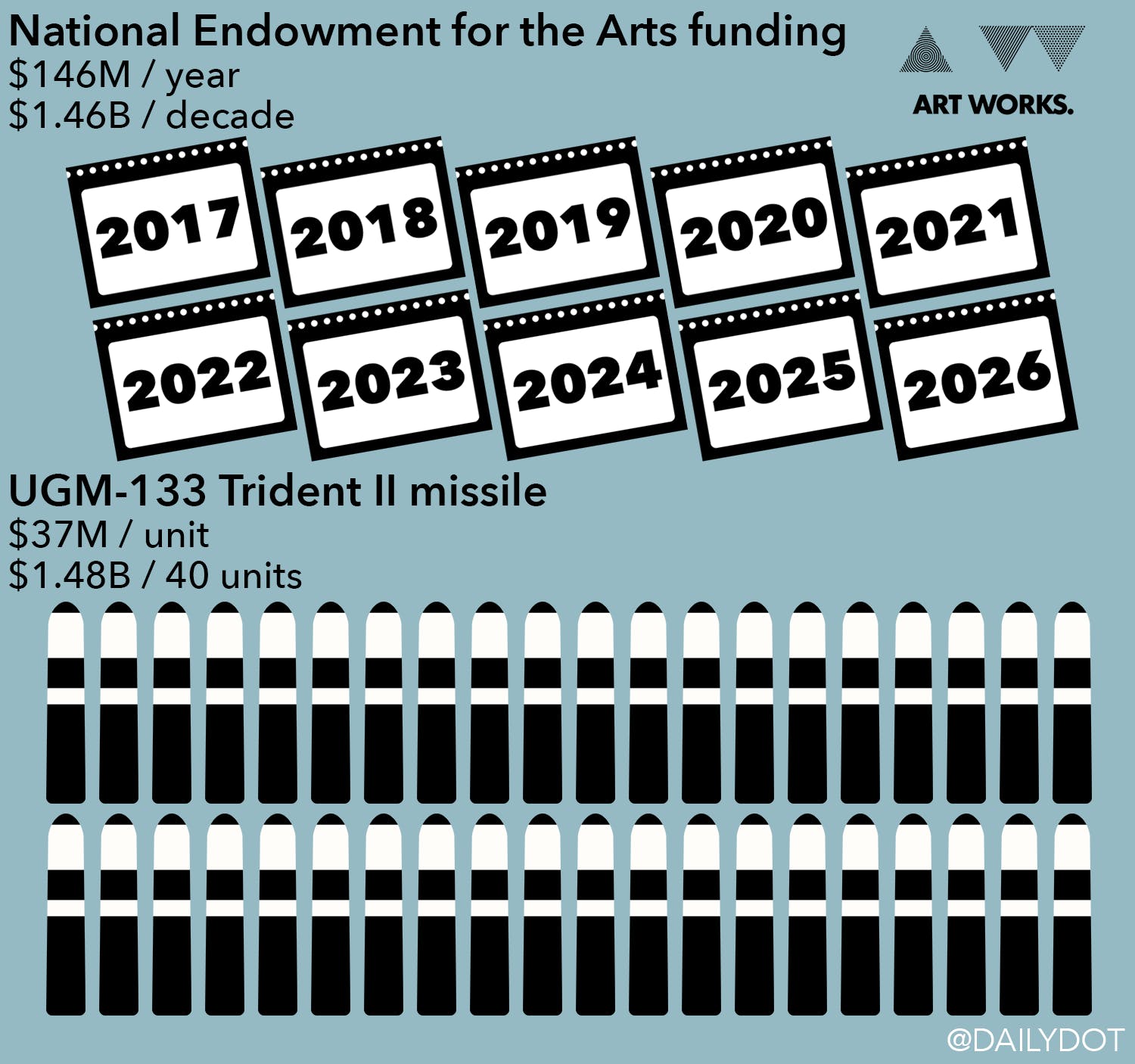 Read the full report at the Hill.