Ever since President Donald Trump took office, the stock market has shot up, predominantly supercharged by the massive corporate tax cut he pushed through early in his presidency.

Trump has often touted the stock market as indicative of both the overall health of the American economy and to claim he’s helped improve the lives of all Americans.

However, over half of Americans don’t own stocks and haven’t felt any benefit from this. Stocks are owned by the well-to-do, and the well-to-do are reaping the benefits. Take this tweet from Trump today.

“Stock market at all-time high! How are your 409k’s doing?” he tweeted Thursday morning in all-caps. “Only 50% up! What are you doing wrong?” 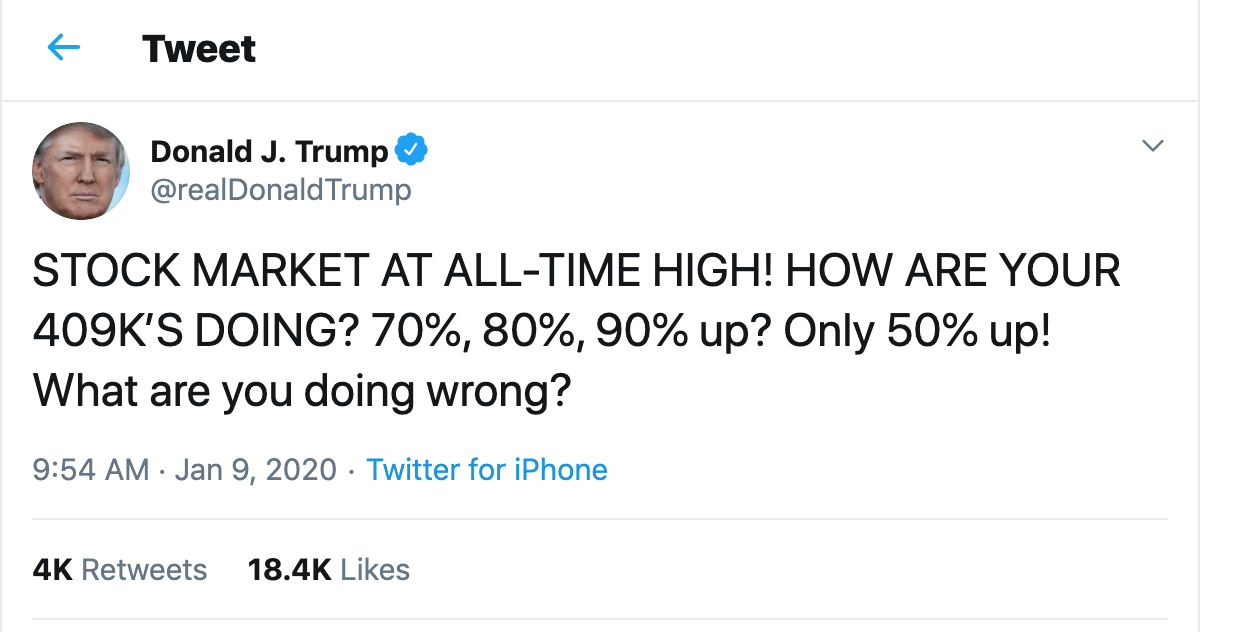 Forget for a second the fact that Trump botched the difference between a 401k and a basic household cleaner (401k is an investment, 409 scrubs stoves): Over 50% of Americans don’t have access to a 401k and no plan for retirement. And if you’re one of the rich who hasn’t gotten as rich as everyone else, the president is functionally saying: What the hell is wrong with you?

Well. 409K, I spray that shit on everything.

But seriously I know nothing abt the market. Looks like it's selling at $9.70 a share or however it works. How much money should I expect? https://t.co/wDxfjdkQBo pic.twitter.com/XbkSBdP5dj

The bad tweet was only up an hour, later corrected with “401.”