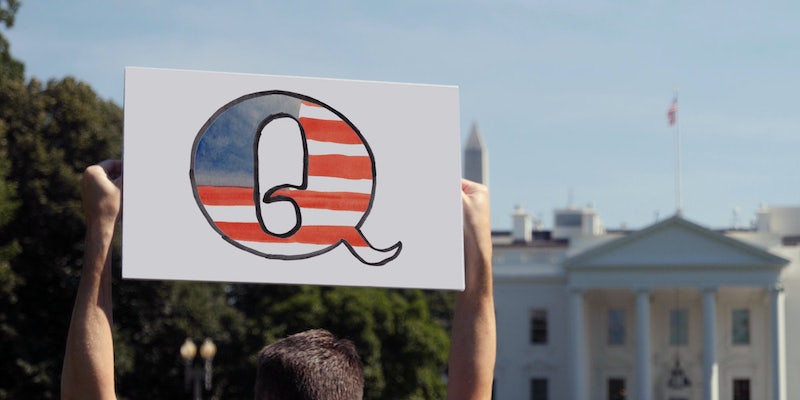 A Michigan man accused of murdering his wife last year reportedly claimed that believers in the QAnon conspiracy theory urged him to do it.

Troy Burke, who was charged in the shooting death of his wife, Jessica Burke, told investigators that he had been receiving messages on his tablet from QAnon followers who insisted that his wife was a CIA asset involved in a sex trafficking ring.

The messages allegedly included demands that Burke kill his wife, although it remains unclear if the messages were real or imagined.

Burke, according to Gratiot County Prosecutor Keith Kushion, had been hospitalized numerous times in the past due to psychological issues.

Kushion also alleged, as reported by the Morning Sun, that Burke believed a “neuro-link” implant had been placed inside his brain. Burke was allegedly convinced that other people could read his thoughts as a result.

Not only that, Burke espoused numerous conspiracy theories regarding President Joe Biden.

“He also said that Joe Biden had twins, a daughter, and a son, and that the son had a sex change and that’s who his wife was,” Kushion added.

Following the shooting, Burke was ordered to undergo a competency examination conducted by state forensic psychologists. It was later determined that Burke could not be held criminally responsible for the murder due to his mental state.

An independent psychiatric evaluation was made as well and likewise concluded that Burke was not mentally competent to stand trial.

Burke will now undergo additional evaluations in order to determine whether he will need to spend the rest of his life in a state-run mental health institution.

The incident is believed to be at least the sixth murder tied to the QAnon conspiracy theory, which claims that former President Donald Trump and a secret government insider known as “Q” are secretly working behind the scenes to bring down an international cabal of child-eating pedophiles.