People are swiping left on this update.

When an application gets a big update, people are often inexplicably and unjustifiably mad about it. Eventually, everyone becomes used to whatever the new thing is and after using it for awhile, warms to the idea. But Tinder’s latest update might not win anyone over for awhile, because it’s rendered some users unable to effectively use the app.

On Wednesday, Tinder rolled out a handful of updates to the application including upping Facebook permissions to access an entire list of interests and work history, as well as enabling people to link their Instagram accounts so potential matches can browse through your photos before swiping right.

It turns out the updates borked the iOS application, and people can’t even use it. Users are unable to view profiles, send or receive messages, or edit the arrangement of photos in the app.

There are over 1,000 ratings on the App Store, and almost every single one gave the app one star. According to reviews, the update reorganized users’ photos and made everyone’s Facebook Likes visible—for most people, that means there’s an endless stream of topics you’ve Liked throughout your Facebook history now viewable to anyone who looks at your profile. 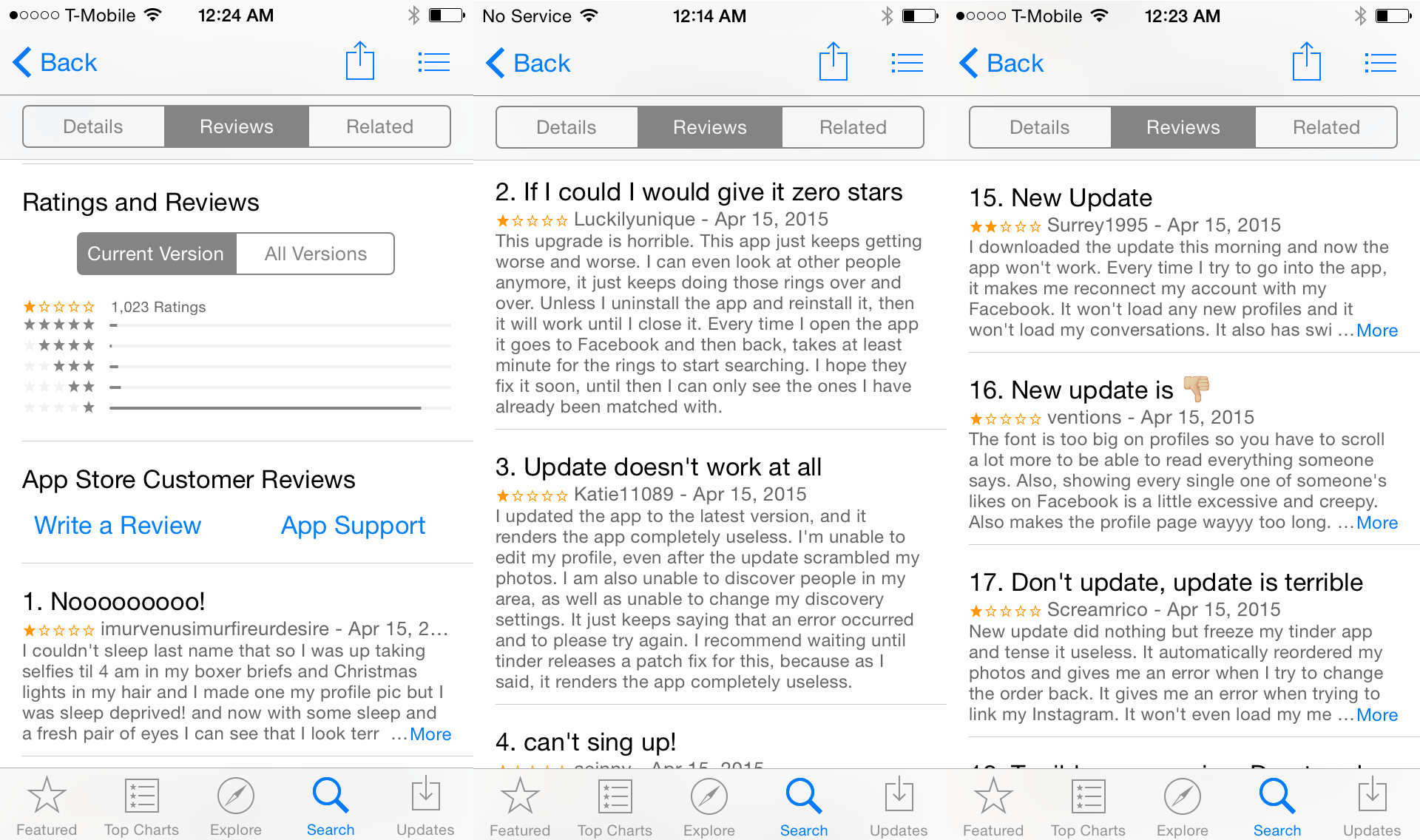 I wrote my review of the Tinder app pic.twitter.com/XrLYRWd77q

Tinder is apparently aware of the issue. The company tweeted that deleting and reinstalling the application should fix the bug that doesn’t let you view other people’s profiles. But the complaints keep mounting on social media and in the reviews.

For now, it seems like the best thing to do is to take Tinder’s advice and reload your application. But that quick fix won’t make the profile pages any less cluttered—for now, you’re stuck looking at all the things your matches Like.