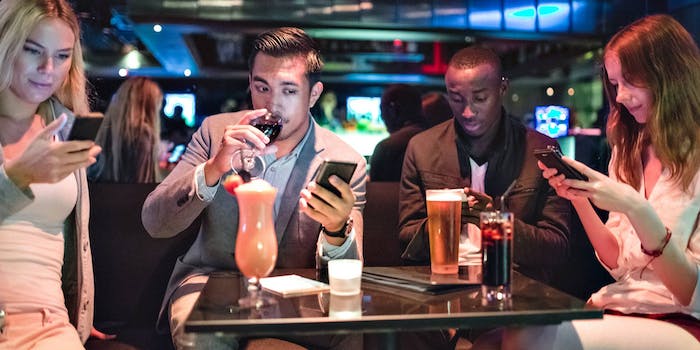 How to use Tinder’s group hangout feature

The group that swipes together, stays together.

The app that’s long been the go-to for finding someone to bang with now wants to help you find groups to hang with. Tinder Social is a new feature Tinder rolled out on Thursday to help groups plan nights out and meet up with one another via the app.

Tinder Social will prompt you to select Facebook friends who are also on Tinder to join your group, and then will serve up other groups to match with just like it does Tinder profiles. When setting up a group, you’ll say what your plans are for the evening, and they’ll appear in the corner of your group profile so people know what to expect.

You have to “unlock” Tinder Social before you start planning your gathering; you’ll see a pop-up to unlock when you open the app. When the company tested the app in Australia earlier this year, Tinder Social was automatically turned on for Tinder users, sparking outrage after people realized their Facebook friends could see they were on Tinder.

At least one person in the suggested groups you see while swiping will meet the preferences you set for whom you’re looking for on Tinder, a spokesperson confirmed to the Daily Dot. You can invite anyone who has unlocked Tinder Social, regardless of discovery preferences, to your group.

You can scroll through the profiles of people looking to hang out with fellow groups, and once matched, you can make plans through the chat feature. 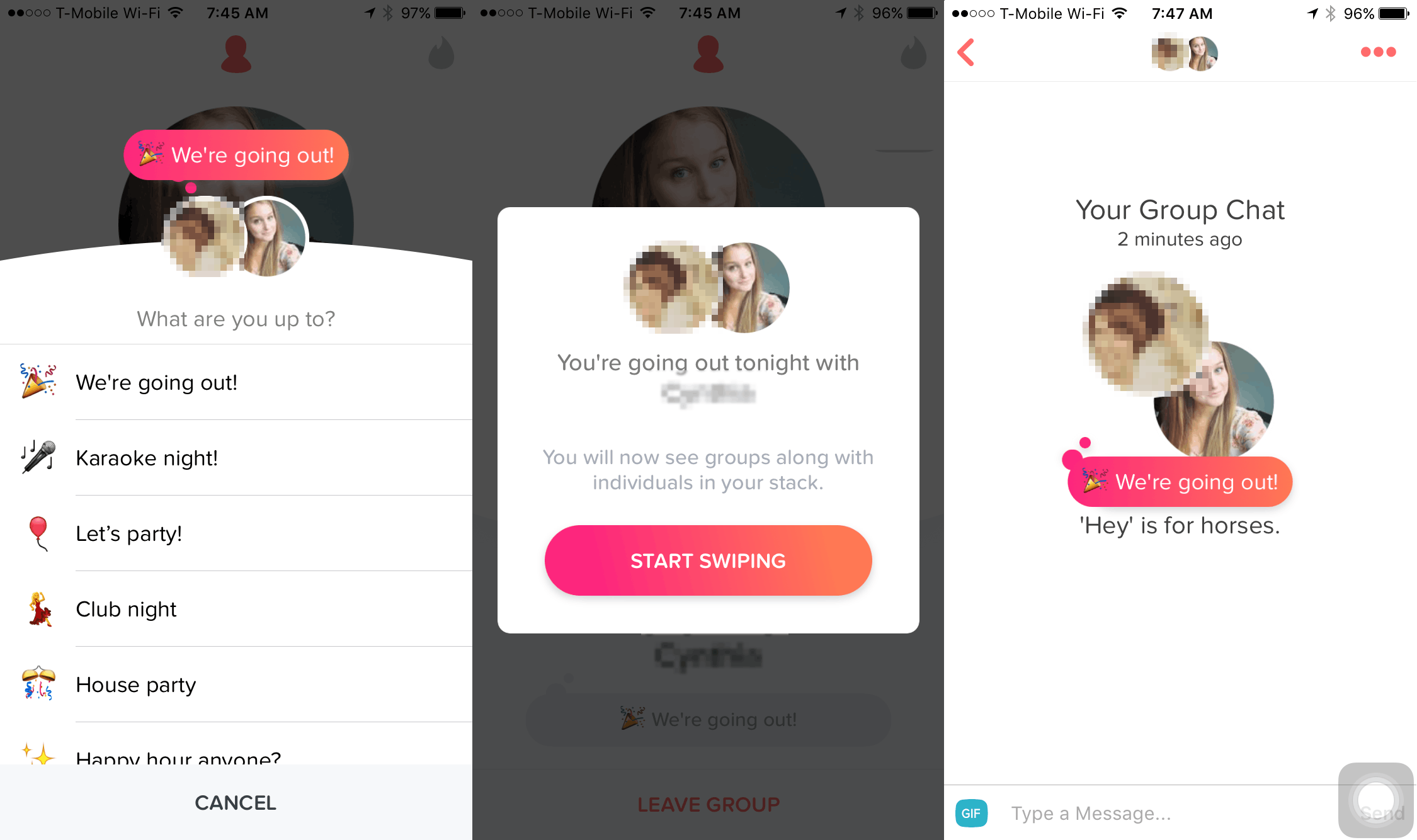 It’s not the first app to try and match groups of friends together to make plans via app. Grouper, the invite-only app available in New York, matches two groups of three, and Squad is a group date swiping app. But because of Tinder’s existing popularity as a matchmaking app, this particular group-matching feature will likely be much more popular than standalone apps on the market.

After making a group with my friend on Tinder and swiping through potential matches, it seems like a decent way to find new friends to participate in activities. And because you’re going out with other people you know, it takes away some of the trepidation about meeting up with random strangers from the internet.