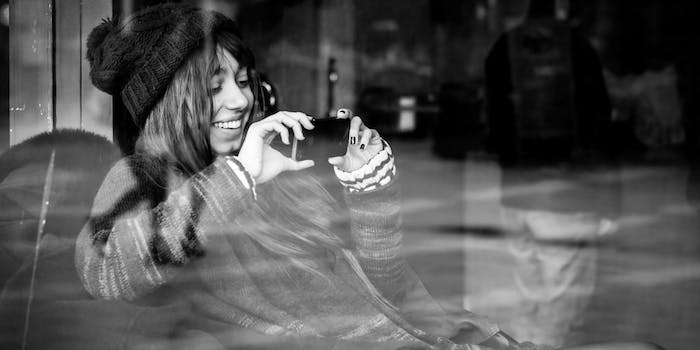 Tinder Plus is finally here

Tinderers can now enjoy the luxury of taking back their swipe mistakes.

We’ve known about premium Tinder for a while now. If you’ve been eagerly awaiting the many new paid features on the dating app, such as the passport feature and the option to undo your swipes, then there’s good news: You might be able to use it sooner than you think.

TechCrunch reports that starting Monday, the highly anticipated Tinder Plus will be available in the U.S. for $9.99. As previously reported, Tinder Plus users will have the option to undo a swipe and reconsider a potential match, instead of left-swiping them into oblivion. If you’re planning a trip, you’ll also be able to use Tinder in a different city to find matches before you even arrive, making the app the ultimate tool for dating on-the-go.

Tinder Plus will also give users the option to avoid the annoying ads the dating app is reportedly rolling out on the network. But you won’t need to worry about the free version of the app becoming flooded with ads just yet: The app reportedly plans to roll them out later in March.

Tinder has been beta-testing its premium version in Europe, where it’s been charging users $0.99 to $19.99 for the service. This version includes a feature that installs a 24-hour right-swipe limit in order to reduce spam accounts, a function that’s reportedly unpopular among App Store reviewers who prefer quantity of matches over quality.

There’s one major drawback to Tinder Plus, however: If you’re over the age of 28, you’ll have to pay more to use the service. According to the London Evening Standard, users in the United Kingdom over the age of 28 will have to pay £14.99 a month, or approximately $26 USD, while Tinder Plus users under the age of 28 pay a mere £3.99 a month, or $6 USD. So if you fall into the former category, perhaps it’s best to stick with the free version, or else risk being hit with steeper fees by the time you hit 30.