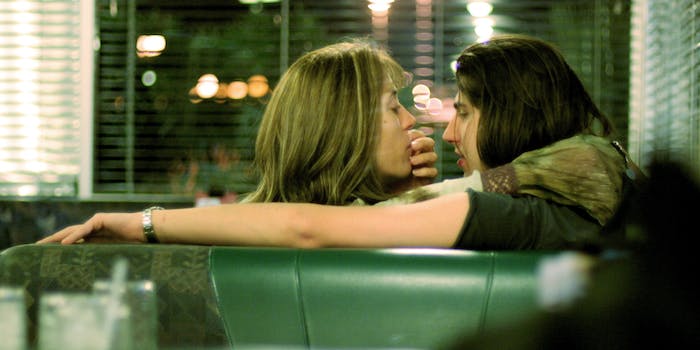 Tinder will start charging users next month for premium features

Apparently love does cost a thing.

After two years of letting you swipe your way to near-instant dating gratification for the low cost of $0 and mere finger fatigue, Tinder is going to roll out a revenue model that will start charging users who want to swipe their way to a better match.

First reported by Forbes from their inaugural 30 Under 30 Summit in Philadelphia, Tinder cofounder Sean Rad announced to the crowd that the IAC-owned dating service would be rolling out their freemium additions in November. Details on pricing structure weren’t revealed, but Rad did reveal to Forbes that Tinder would be opening up location-based search, and try to expand to non-dating markets (such as business networking—a concept Rad and cofounder Justin Mateen discussed exploring back in April of this year). Per Forbes’ report:

Currently location based, Tinder lets you swipe through an endless stream of photos of people looking to meet up–but only the city you’re currently in. The new premium service will likely let users break away from location limits and expand their Tinder reach. “We are adding features users have been begging us for,” said Rad. “They will offer so much value we think users are willing to pay for them.”

Rad assured Forbes reporter Steven Bertoni that the free app would still exist, and that the premium services would be on top of the original model—a move that Silicon Valley has long been expecting, especially when parent company IAC, which also owns Match and OKCupid, stated in July that Tinder was projected to earn $75 million in 2015 when it moved to a freemium model.

With the roll out of the features coming in November, the expanded location search should make planning ahead for holiday hometown hookups that much easier—and help put Tinder right on track to meet and exceed IAC’s projections.