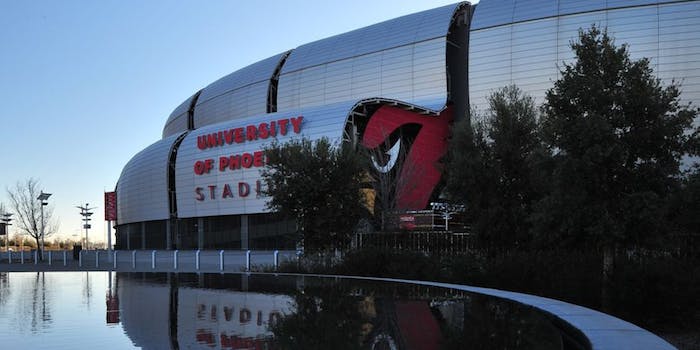 Tinder swiping in Phoenix up 50 percent before Super Bowl

As thousands flock to the desert, Tinder activity soars.

Apparently football players aren’t the only ones looking to score this weekend during Super Bowl XLIX.

Tinder swiping was up 50 percent on Friday in the Phoenix, Ariz., area, according to the Hollywood Reporter, and messaging has increased 60 percent, signaling not only that people are on the lookout for potential matches, but they also actually want to see if there’s a spark beyond the right swipe.

There are bound to be some disappointed straight male swipers, though. Tinder told the website that the ratio of men to women is 66 to 34 percent.

This isn’t the first time Tinder has been front and center helping athletes or sports fans find a local date.

During the Winter Olympics in 2014, competitors in Sochi were using Tinder to hook up in the Olympic Village. And the Atlanta Hawks hosted a “Swipe Right Night” for fans to boot up Tinder and find love in the arena.

As the Patriots take on the Seahawks tomorrow, some fans may be hoping that no matter the outcome of the game, finding their match might be possible thanks to the influx of tens of thousands of new potential matches flocking to the desert.