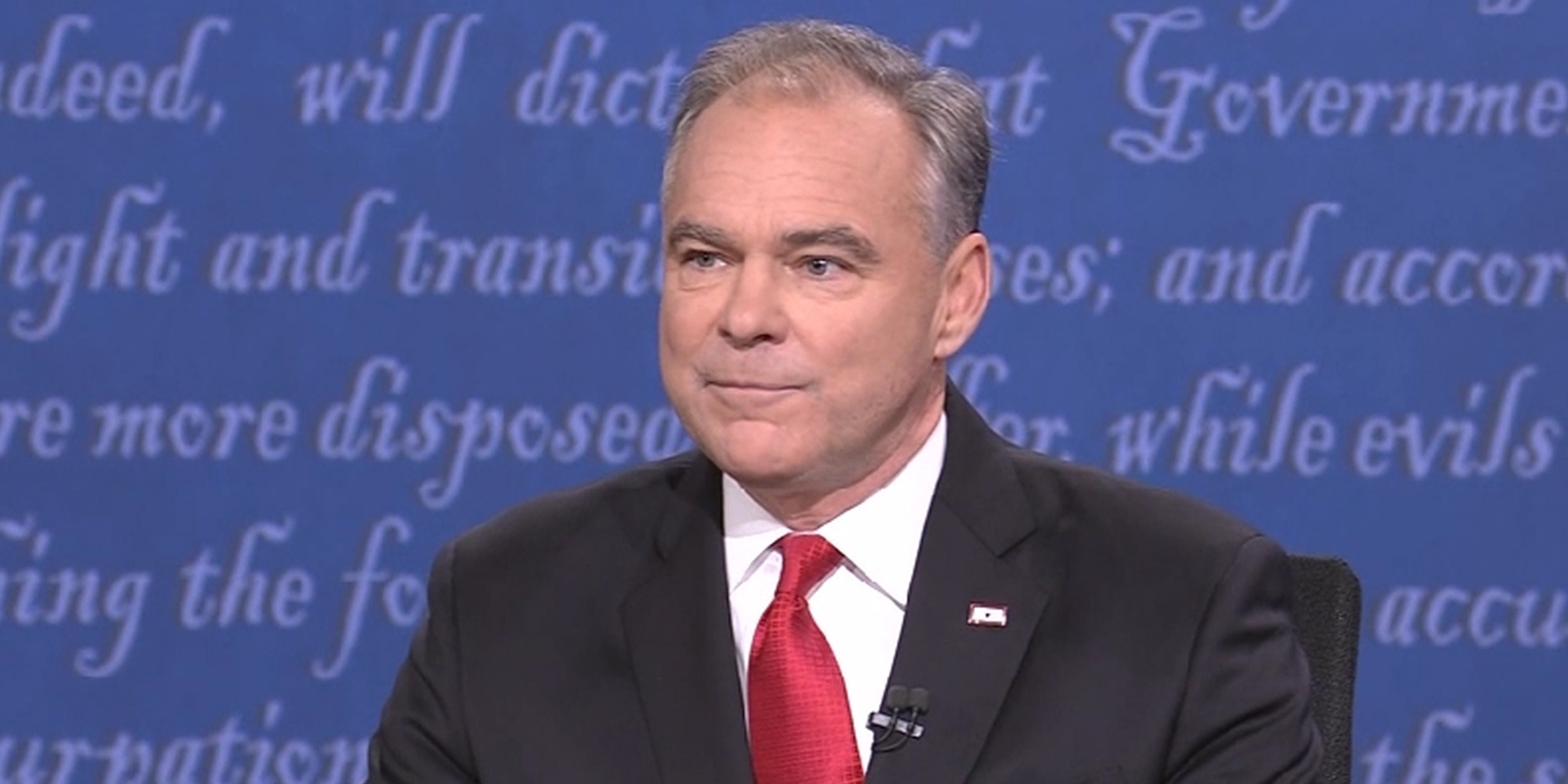 The rumor surfaced again last night. Here's what you really need to know.

A blatantly fake tweet appears to be convincing people that Hillary Clinton’s running mate is in an open marriage. 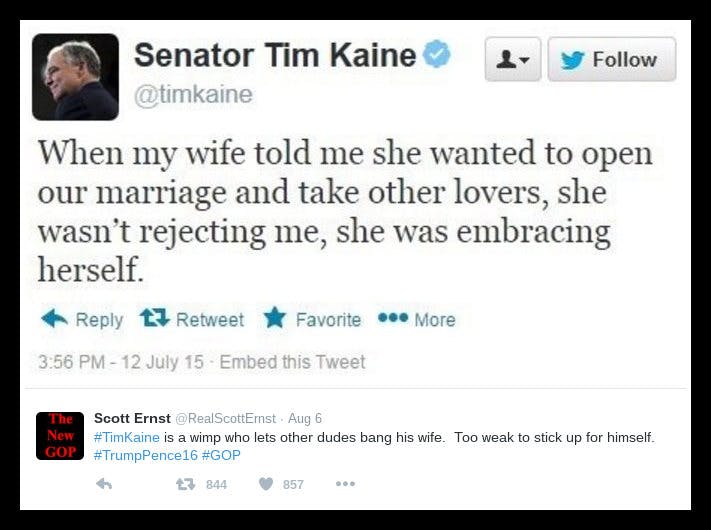 It’s unclear who first posted the image, but it certainly wasn’t Virginia Sen. Tim Kaine (D). Not only will you not find that tweet in his timeline, the claim has been thoroughly debunked by Snopes.

Snopes was unable to track down the original image. Its earliest known use is in a tweet by someone named Scott Ernst, who has a penchant for tweeting unverified stories and conspiracy theories and has shared the story six more times, according to BuzzFeed. The image was also picked up by fake news sites like Prntly and pushed in pro-Trump circles.

It’s simple enough to fake a tweet. You can do it easily in Photoshop, and there are entire sites devoted to it. That was clearly the case here.

The quote actually comes from an article in New York Magazine, “What Open Marriage Taught One Man About Feminism,” which published in July 2015, around the time of the alleged tweet.

Even still, the claim keeps resurfacing like a bad rash that just refuses to go away, and it cropped again during last night’s vice presidential debate.

While there are some obvious trolls in the mix—easily identified by some sort of “deplorable” reference in their Twitter handle—there are plenty of people who still believe the claim.

Kaine lost me when he said his wife wanted open marriage & he thought that showed love!! What a spin!!

She didn't ask Kaine why he thinks his open marriage makes him qualified to be 1 heartbeat from the Presidency.

"New Doubts About Hillary" I wonder if Kaine's wife and Bill will hook up…. since they both have an open marriage

Now I know why Kaine & his wife admit to an alleged "open marriage" arrangement.

It’s unlikely that the hoax will have any sort of statistically significant impact on the election, but it’s still discouraging to see how much damage can be done with some quick Photoshop.