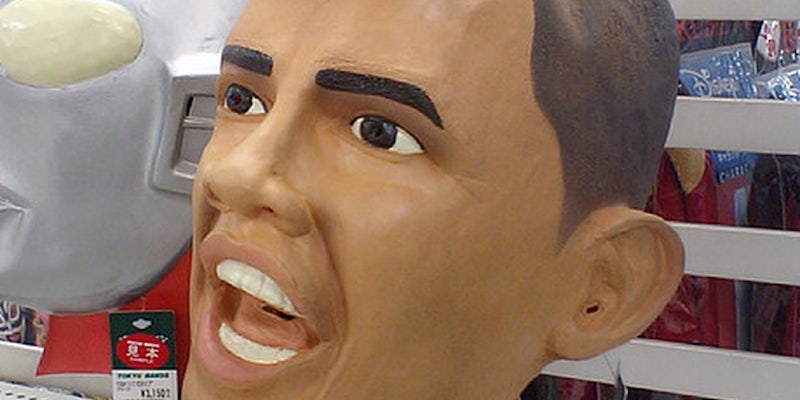 Even President Obama's been impersonated on a new prank site.

Sort of. The actual trick is a bit of a letdown. Lemme Tweet That For You only creates fake screenshots of tweets for anyone: It doesn’t actually broadcast fake tweets to the person’s Twitter followers, as you might expect. But the screenshots will likely fool the gullible if you want to fake up a blog post with them.

After adding your victim’s handle, the site adds their avatar image and real name. You can choose to change the timestamp, along with the number of favorites and retweets.

Already, the site, created by digital agency OKFocus, has been used to create some funny fake tweets.

They range from the sublime to the ridiculous, as pranksters make fun of both their friends and well-known figures, including President Barack Obama.

Among the OKFocus team’s favorite fake tweets so far is an announcement from Ford Models about its latest model, a question from a confused Facebook user, and a meta comment about OKFocus.

Lemme Tweet That For You’s creators forgot one crucial detail to make tweets look authentic. Every tweet carries a line at the bottom which gives the method by which it was posted, next to the time. LTTFY tweets carry the phrase “via Twitter,” which never appears on real tweets. It would be a simple matter for OKFocus to add “via web,” “via text,” “via Twitter for iPhone” and other real methods, though—and it’s surprising they didn’t think of that. For now, tweet screenshots that carry “via Twitter” stand out as fakes.

Were its creators to fix that, the site could cause some serious trouble. There’s been many a time where we’ve seen news stories feature screengrabs of since-deleted tweets.

The site could also get in trouble for using Twitter’s trademarks. (Twitter did not respond to a request for comment on this story.)

It seems that, although highly entertaining, Lemme Tweet That For You may not be long for this world. If that comes to pass, we’ll have to go back to hijacking our friends’ computers when they’re out of the room to send real embarrassing tweets instead.