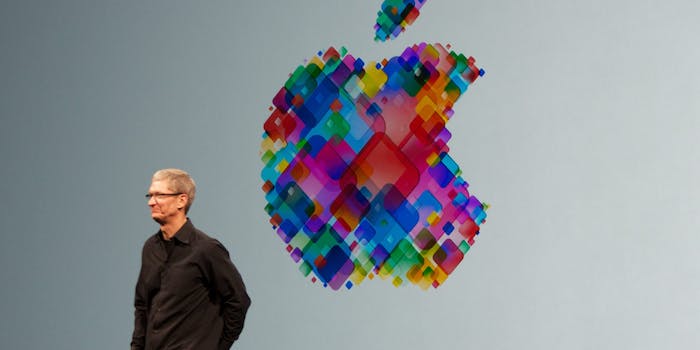 Tim Cook wants to know ‘Why would anyone buy a PC anymore?’

Cook is heating up.

After experiencing another record-setting quarter to close out the 2015 fiscal year, Apple CEO Tim Cook took a victory lap in an interview with the Telegraph and threw considerable shade on his company’s competitors.

During the interview, Tim Cook wondered aloud, “Why would you buy a PC anymore? No really, why would you buy one?” That’s a question that perhaps the two billion PC owners in the world could provide an answer for.

Apple has grown its Mac brand considerably over the years, slowly chipping away at the dominance of Windows machines, but according to IDC’s United States quarterly sales tracker it’s still a small minority of the PC market. Apple maintains just a 13.4 percent market share, spurred on by 21 millions Macs sold during the fourth quarter of 2015.

It seems like an odd choice for Cook to take a shot at Microsoft in the one area in which his company is getting trounced—especially in a year that has been historically bad for malware on Macs—but Apple has generally thrived on underdog status; it no longer can claim it in any of its other endeavors.

The vast majority of Apple’s revenue comes from sales of iOS devices; the company moved 231 million iPhones and 55 million iPads last quarter. When you combine the sales of all Apple devices and all Windows devices, there are actually more products sporting the Apple logo out in the wild.

It’s an iOS device that Cook thinks is his best weapon to cut into the PC market, too. Cook describes the new iPad Pro, a 12.9-inch tablet that can be accessorized with a magnetic keyboard and bluetooth stylus, as, “a replacement for a notebook or a desktop for many, many people.”

According to the Apple CEO, who has no reason to lie to you about the quality of his company’s only major device being released during the holiday season, people who use the iPad Pro will “conclude they no longer need to use anything else, other than their phones.”

Will the iPad Pro replace the PC? Will it finally convince consumers that convertible devices are worthwhile or that tablets in general can have a distinct purpose outside of just being bigger smartphones that can’t make calls? Probably not, no. But if Tim Cook offers you some Kool-Aid, take a sip and see if it changes your mind.