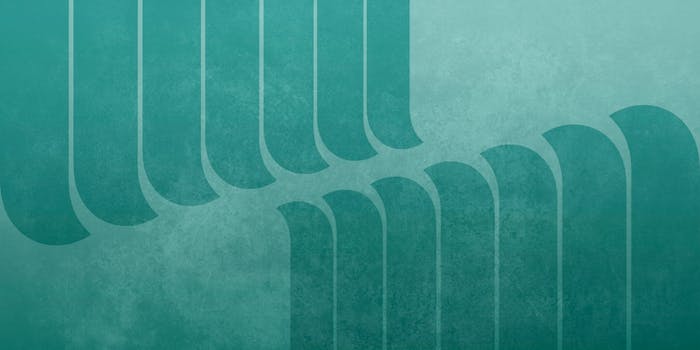 Austin, Texas is in a weird place right now. Though lauded for being a boomtown of digital innovation—some dare to call it a Silicon Prarie—and currently celebrating the 30-year anniversary of the South By Southwest conference, Austinites are still navigating the path between ingenuity and regulation of the growing tech industry.

On May 6, the city will decide whether to pass an ordinance to allow transportation network companies like Uber and Lyft to operate in the city without conducting fingerprint-based background checks. Austin Mayor Steve Adler, however, hopes to protect riders with a tech startup of his own.

Mayor Adler’s initiative—Thumbs Up!—will provide incentives to transportation network company (TNC) drivers who volunteer for fingerprint-based background checks, regardless of the outcome of the ordinance vote.

“[The Mayor wanted to answer the question] ‘what would this look like to have… people who transact services through the sharing economy to be validated as trustworthy, good citizens of that economy?,’” Josh Jones-Dilworth, co-founder and spokesperson for Thumbs Up!, told the Daily Dot. (Disclosure: Jones-Dilworth is a Daily Dot co-founder.)

After being certified through Thumbs Up!, drivers can indicate their certification to passengers by displaying a badge of the logo on their vehicle and their driver profile. The incentives, which are still being solidified, could range from discounts for purchases made with Thumbs Up! partners to access to local museums and galleries, and possibly even preferential passenger loading zones for large-scale events such as Austin City Limits Music Festival and SXSW.

The initiative, structured as a benefit-corporation, will have a focused non-profit component but generate revenue in order to pay employees. All members of the Thumbs Up! task force are uncompensated volunteers.

While the procedure for fingerprinting is still in the works, Jones-Dilworth said it will be streamlined for the TNC drivers’ convenience. He proposed that drivers might use their phones to complete most of the necessary paperwork and then complete the process at kiosks around the city equipped supervised fingerprinting.

Jones-Dilworth said the initiative is designed to encourage individual TNC drivers to be fingerprinted for background checks without “punishing” drivers who decide to forgo the process.

“[Uber and Lyft are concerned that] if it is so onerous not to be validated that everyone basically has to be validated in order to be successful on Uber and Lyft, then what you’re talking about is de facto mandatory even though you say it’s voluntary,” Jones-Dilworth said. “If they don’t want to go through [fingerprinting]… we want them to have that choice.”

While Uber and Lyft have deemed fingerprinting to be an “onerous, unnecessary” measure, according to the Austin American-Statesman, Jones-Dilworth said there is real concern backing the push for more comprehensive background checks.

According to Jones-Dilworth, Austin-based SafePlace, an organization that serves survivors of child abuse and neglect, sexual assault and exploitation, and domestic violence, has reported a substantial rise in the number of women reporting rape and sexual assault cases committed through TNCs, with both drivers to passengers becoming victims. While these reports aren’t public, they greatly outnumber similar cases filed with the Austin Police Department.

“Most of these women, unfortunately, of this documented phenomenon, feel guilty, don’t want to go through the process, and do not report these crimes publicly to the police,” Jones-Dilworth said. “When Uber and Lyft are out there citing low numbers, they are citing the official Austin Police Department numbers… and the numbers that SafePlace was seeing are dramatically higher.”

For these reasons, Thumbs Up! will act as a badge—like those attached to verified Facebook and Twitter accounts—to inform passengers that a driver has submitted to a fingerprint-based background check and passed.

While guidelines as to who gets the Thumbs Up! certification are still under discussion, Jones-Dilworth said that by incentivizing fingerprinting and thereby increasing the number of fingerprinted TNC drivers in Austin, passengers have a greater pool of drivers to choose from should they prefer to ride with a verified driver.

Jones-Dilworth said San Antonio, Texas continues to face this problem after amending their TNC fingerprinting mandate, which originally caused Uber and Lyft to abandon the city.

“In San Antonio, they only have hundreds of people sign up, not thousands. And the people at SafePlace and the people on council… said, ‘A voluntary fingerprinting solution may be politically expedient, but if we only get hundreds of people signing up, a woman [downtown] after midnight doesn’t have a viable choice for a safe, validated fingerprinted driver if she wants one,” Jones-Dilworth said.

Though the program is only being implemented for verifying TNC drivers, Jones-Dilworth said Adler wanted to create a comprehensive solution for validating sharing-economy contractors, and to make Thumbs Up! available for other platforms.

If the ordinance passes on May 6, Thumbs Up! will proceed as planned, but only with non-governmental incentives—like the ability to pick up passengers from the airport or from streets closed off by the Austin Police Department—to avoid making the voluntary fingerprinting de facto mandatory. Jones-Dilworth anticipated Thumbs Up! officially becoming a company in the next few weeks, with program implementation rolling out in Austin over the summer and into the fall.

Jason Stanford, communications director for the office of Mayor Adler, told the Daily Dot in an email that Mayor Adler believes a system like Thumbs Up! Is necessary to provide a level of assurance to people interacting with strangers through the sharing economy.

“The sharing economy exacerbates the need to verify identity in a way that the brick and mortar economy does not. It’s easy to kick unruly customers out of a bar and to verify the identity of someone who can hand you a driver’s license,” Stanford said. “The safety concerns go way up when you are hiring strangers to perform personal tasks for you. The need for something like Thumbs Up! does not depend only on what happens with Uber and Lyft in Austin. This is just where we thought it up.”